Harry Reid Has A Shy, Quiet Thing Or Two To Say To Donald Trump's Russian Handlers 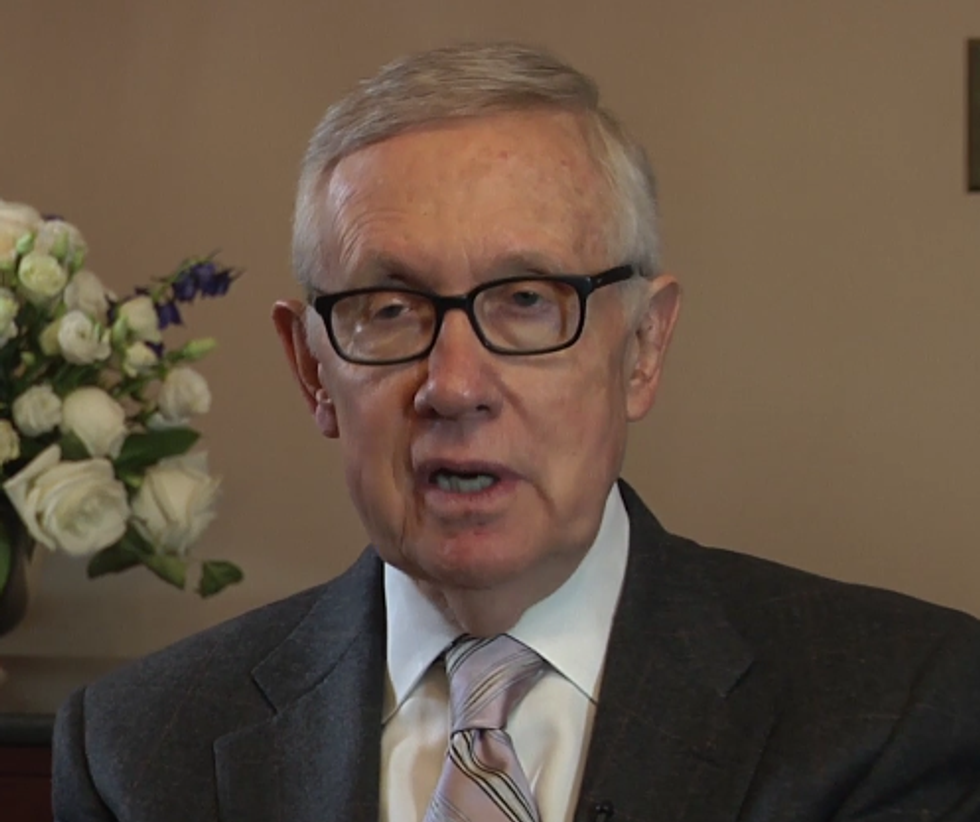 He has a few more things to say.

Meek and mild retiring Senate Minority Leader Harry Reid is being meek and mild again, but he's not yelling at FBI Director James Comey this time, at least not until the second half of this blog post. Instead, Reid is coming out and saying to the Huffington Post the thing what's on so many people's minds about Russian hacking of our election, and Trump's connections with Russia. Specifically he is pretty damn sure the Trump campaign was totally in on the hacking campaign that was designed to help Trump and hurt Hillary, and that moreover, he's pretty damn sure somebody on Trump's campaign was working directly with the Russians on that. WHOA IF TRUE! It's very possibly true, too!

Someone in the Trump campaign organization was in on the deal. I have no doubt. Now, whether they told [Trump] or not, I don’t know. I assume they did. But there is no question about that. [...] Listen, I've had briefings, but you don't have to have one word I've heard from my briefings to know that what's been generated by the press is pretty damn good. You guys are on to something. [...]

You have Wikileaks, who coordinated everything they did, obviously, with the Trump campaign. ... There's collusion there, clearly.

Don’t put blindfolds on. Here is the deal: We have a situation where during the campaign, especially the last few months of the campaign, WikiLeaks was heavily involved in trying to hurt Hillary Clinton and it helped Trump.

CLEARLY! And Reid is saying the Trumpers were in on it! Hey, maybe we should have some huge public congressional investigations, perhaps led by John McCain, Lindsey Graham and Chuck Schumer, just to find out for sure.

[wonkbar][/wonkbar]Later in the interview, Reid was asked about this New York Times article, hastily published by reporters Eric Lichtblau and Steven Lee Myers, that said the FBI had found no clear evidence of Russian connections with the Trump campaign. It was very interesting, since Slate and Mother Jones had JUST published important investigative pieces on how, ayup, there sure were connections. Our interpretation of the Times article was that the Times was very butthurt about being scooped, as those two reporters were following the same story Slate was, and decided to just piss all over it because they were mad.

Reid declined to go after the New York Times, but decided that now would be a good time to whale all over James Comey some more. He described how he wrote a letter to the FBI about Russian hacking, thinking Comey would send some agents out to do their jobs and stuff, but alas, what he didn't know was this:

What I didn't know when I wrote the letter was that Comey was a front for the Republican party. Here's a man who violated all precedent, and decided that he was on his own. He was going to overrule many, many decades of precedent ... he was going to get involved in the election, and he did. And he not only did it once, he did it time after time.

Especially that one time he dropped a bullshit letter about Hillary's emails ELEVEN DAYS before the election, which Reid contends essentially lost the election and also Senate seats for the Democrats.

Tell us again why Sen. Reid has to retire and go back to Nevada? Yeah yeah yeah, we know "decades of service" and "he's old and has earned it." We just hope he occasionally will emerge after January, to yell at people and light a fire under his former colleagues' asses, so that we may vanquish Donald Trump's presidency in its crib.