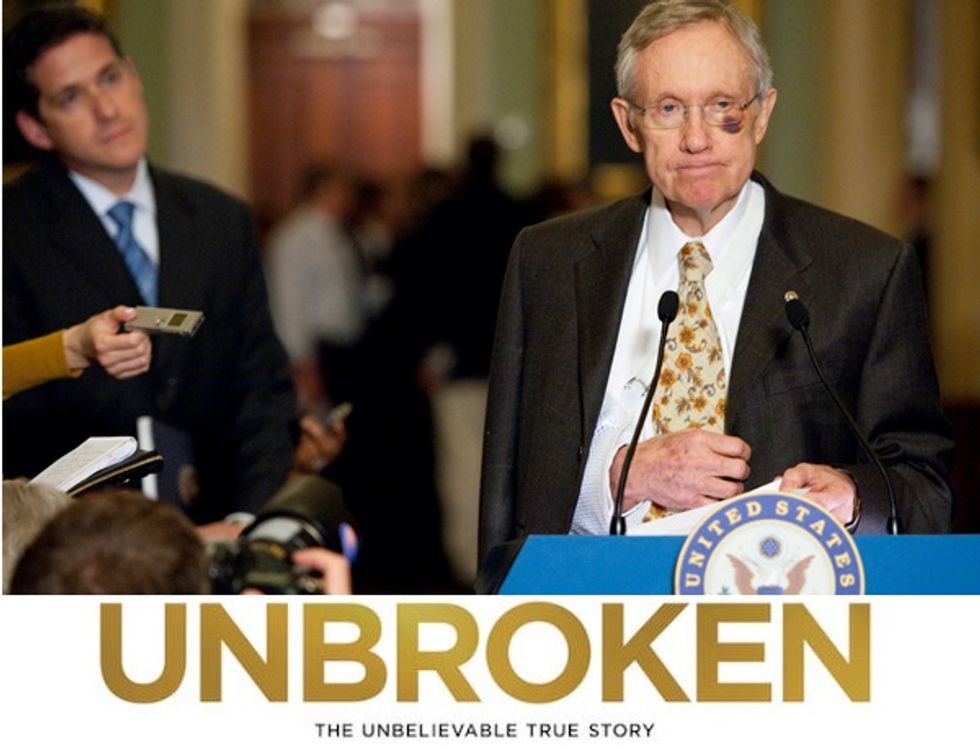 Sen. Harry Reid broke his ribs and face during what his office is calling an unfortunate workout accident on New Year's Day:

On Thursday, Senator Reid received treatment at University Medical Center in Las Vegas for injuries sustained in an accident he suffered while exercising at home in Henderson.

A piece of equipment Senator Reid was using to exercise broke, causing him to fall and break a number of ribs and bones in his face.

Senator Reid will return to Washington this weekend and be in the office Tuesday as the Senate prepares to reconvene. His doctors expect a full recovery.

There's just something about the idea of Harry Reid breaking an unspecified piece of "exercise equipment" with his face that turned much of the Wonkette Sekrit Chatcave into a bunch of mean girls, wanting to keep putting "exercise" in quotes and speculating that we had no idea that a Fleshlight was considered "exercise equipment." We feel really bad about that, and invite you to add your own insensitive jokes about what was no doubt a very painful experience for the Senate Minority Leader, to whom we wish a full recovery. We also wish to apologize for visualizing Mr. Reid pitching forward into a wall as a treadmill flung him off like some sort of demonic catapult while he wailed "Jane, stop this crazy thiiiiiiing!"

This is Sen. Reid's second exercise-related injury; during a 2011 jog, he slipped while resting his hand on a wet parked car and suffered a black eye and a dislocated shoulder. And here we thought that happened when he was bending over backward to accommodate conservatives (we simply can't help ourselves and almost certainly need to see the mental counselor).

Unlike Bono, Harry Reid should soon be able to rock out just as well as he ever did.