Harry Truman, A True Leader, Would Have Performed Abortions With His Own Bare Hands 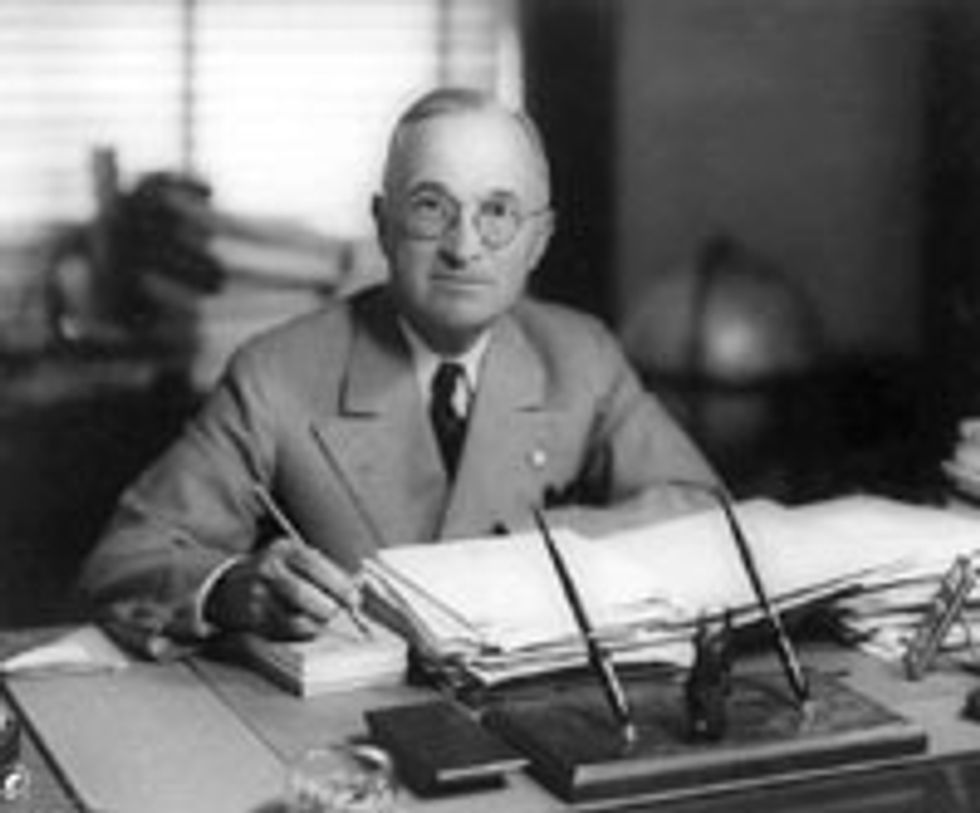 Hey remember that time Barack Obama was at theJebus Summit and he emerged from the Silence Cone to mutter some waffly bullshit about abortion? That Obama is no Harry Truman! According to Boston Herald political sage Michael Graham, Harry Truman -- a Democrat who constantly stopped bucks at his desk -- would never have hedged on one of the most politically radioactive issues of our time when discussing it in front of a hostile audience he was trying not to offend. Nope, Harry Truman would have rolled up his sleeves and started personally performing abortions onstage, if that's what he believed in! Meanwhile, Barack Obama "passed the buck" to somebody "above his pay grade."

“Well, uh, you know, I think that whether you’re looking at it from a theological perspective or, uh, a scientific perspective, uh, answering that question with specificity, uh, you know, is, is, uh, above my pay grade.” - Sen. Barack Obama, on “When does a baby get human rights?”

Leaders don’t pass tough questions to the next “pay grade.” They don’t need five minutes to answer yes-or-no questions about the surge or Russia’s invasion of a democratic neighbor.

And this, my friends, is why John McCain will win the presidency.