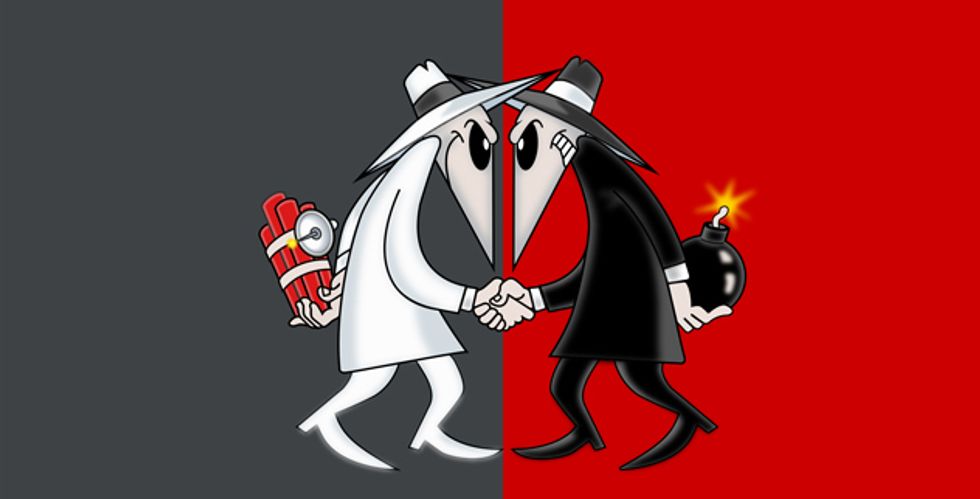 Right now, Harvey Weinstein is at a luxe rehab clinic getting treatment for his "sex addiction." He is joined there by Kevin Spacey.

It read, in part:

Though I’m trying to do better, I know I have a long way to go. That is my commitment. My journey now will be to learn about myself and conquer my demons. Over the last year, I’ve asked Lisa Bloom to tutor me, and she’s put together a team of people. I’ve brought on therapists, and I plan to take a leave of absence from my company and to deal with this issue head on. I so respect all women, and regret what happened. I hope that my actions will speak louder than words and that one day we will all be able to earn their trust and sit down together with Lisa to learn more. Jay Z wrote in 4:44 “I’m not the man I thought I was, and I better be that man for my children.” The same is true for me. I want a second chance in the community, but I know I’ve got work to do to earn it. I have goals that are now priorities. Trust me, this isn’t an overnight process. I’ve been trying to do this for 10 years, and this is a wake-up call. I cannot be more remorseful about the people I hurt, and I plan to do right by all of them.

However, as we've now learned in a report in the New Yorker by Ronan Farrow, while Weinstein may have spent at least part of the last year getting "how not to rape women" lessons from Lisa Bloom, he also spent it hiring professional spies in hopes of discrediting Rose McGowan and other women he assaulted or harassed, and finding out what dirt journalists had on him.

Two private investigators from Black Cube [a private firm run largely by former Israeli spies], using false identities, met with the actress Rose McGowan, who eventually publicly accused Weinstein of rape, to extract information from her. One of the investigators pretended to be a women’s-rights advocate and secretly recorded at least four meetings with McGowan. The same operative, using a different false identity and implying that she had an allegation against Weinstein, met twice with a journalist to find out which women were talking to the press. In other cases, journalists directed by Weinstein or the private investigators interviewed women and reported back the details.

The whole article itself is absolutely harrowing and disturbing on multiple levels. It is very long, but I suggest you take a moment when you can and read the whole thing. This "investigation" involved not only trying to poke holes in the stories of the women he hurt, but also investigating their sexual histories for proof that they were just huge sluts who were probably asking for it.

What this tells us, really, is that no amount of time at the Spa For Well-Heeled Rapists is going to help Harvey Weinstein. These accusations were not a "wake-up call." He knew they were coming and went full force in trying to quash them. He did everything in his power to avoid consequences for his actions. Trying to destroy these women before they had a chance to speak out against him is not what I would call the actions of someone who so respects women.

Harvey Weinstein is not "addicted to sex" anymore than a kleptomaniac is addicted to having stuff. The thrill isn't in the act of sex or the having of a new thing, the thrill is in getting away with it, and feeling you're good enough at getting away with it to do so. That -- and the power trip -- is what Weinstein is addicted to, not sex. He is not a product of his time, either, because that would suggest that literally every man who came up in the '60s and '70s was a rapist or a sexual harasser, and I'm pretty sure that is not true.

I don't think there's anyone out there who was buying his story, but if there were, I'm guessing they aren't anymore.

Yr Wonkette relies on your contributions! Please click here to toss some money in our tip jar!