'Hastert Legacy' Strangled In Its Crib 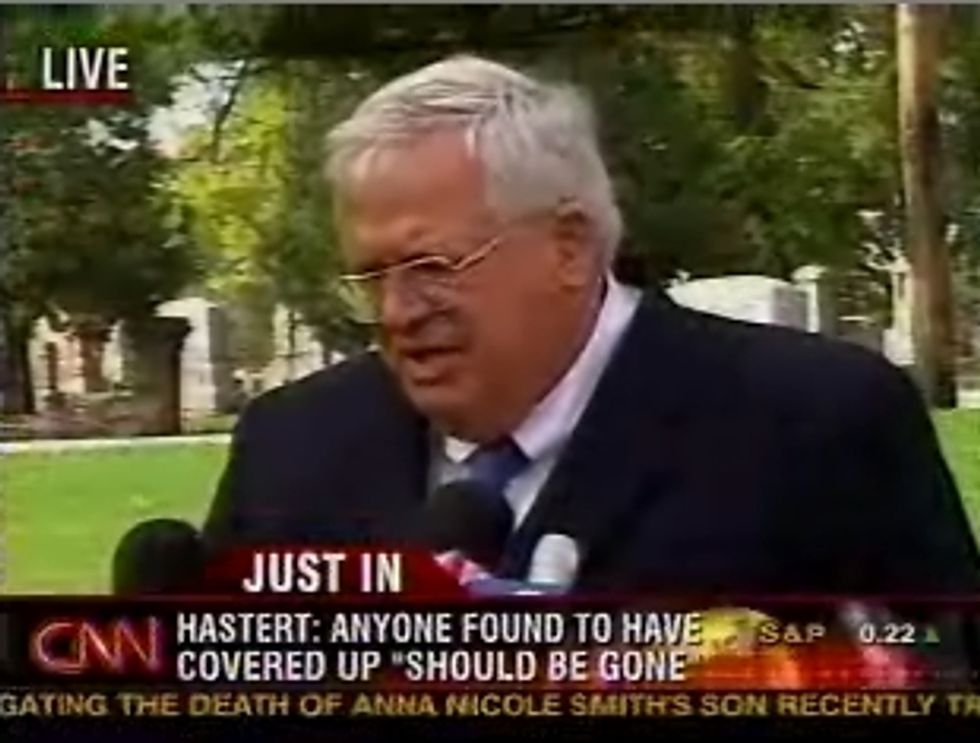 When Denny Hastert resigned from Congress in the wake of the whole "Mark Foley sent dirty text messages to teenaged boys because of alcoholism" scandal, a Democrat won his seat in a special election. Denny's son, Ethan, wanted to defeat that Democrat, maybe for Honor?

Hultgren’s win Tuesday came at the expense of the Hastert legacy. Ethan Hastert is the son of former House Speaker Dennis Hastert (R-Ill.), who resigned the seat in 2008 before Foster won it in a special election. He was favored heading into Tuesday.