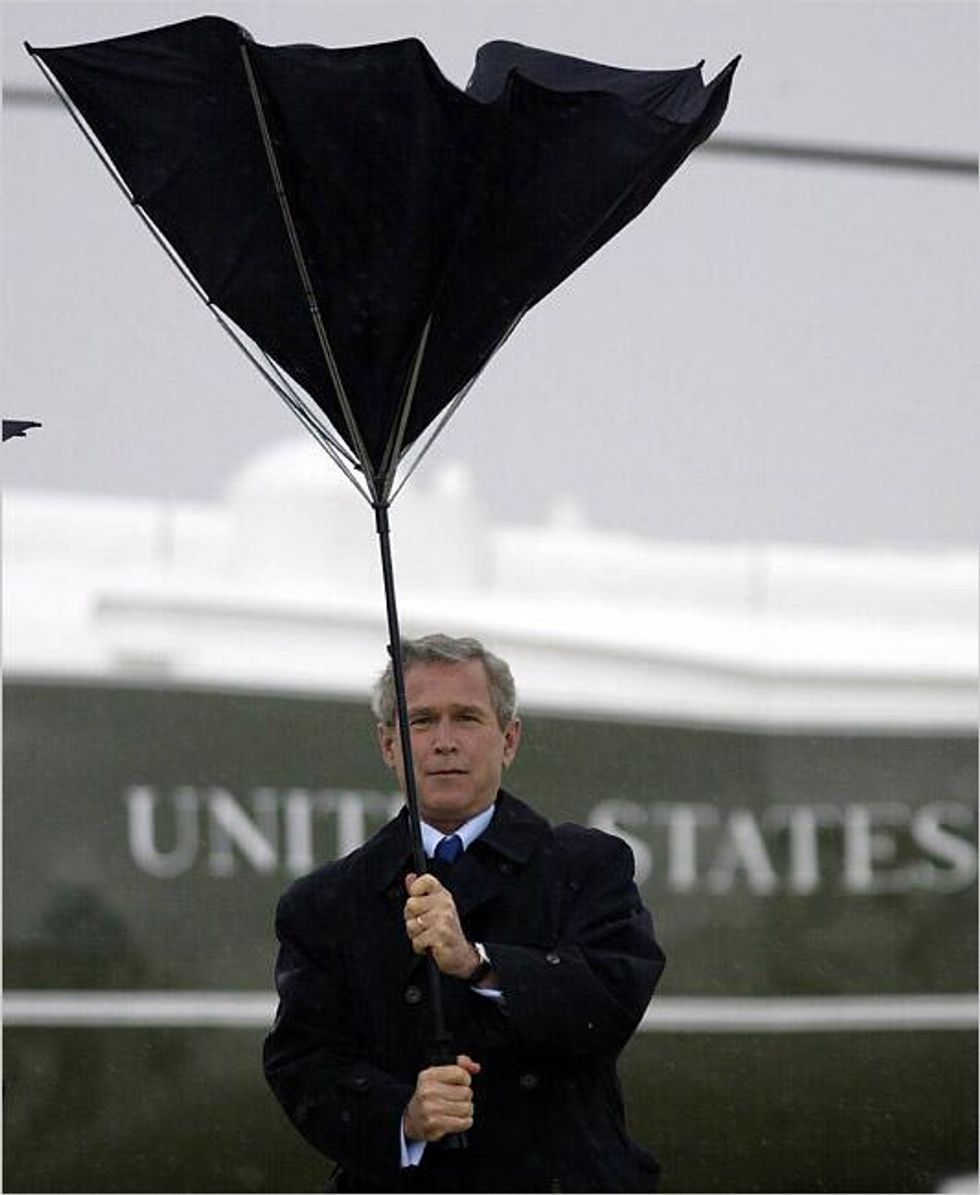 Hey, Drudge and Weekly Standard, did anything happen during President Richard Milhouse Obama's press conference with the Turkish premiere or prime minister or president or whatever? (We are not required to know who that guy is, because AMERICA.) Oh, nothing, he just CALLED OUT THE MARINES? Well that is one way to murder all of us with martial law and posse comitatus and other terrible FEMA Camp things. "Obama Calls Over Marines to Shield Himself and Turkish PM from Rain," says the Standard, which is the entirety of its blog post except the vid, above. "OBAMA CALLS IN MARINES," says Drudge. If you are making Marines take time out from their busy schedules of protecting our freedoms just so you don't get some Jesus Tears on you, then surely, SURELY, now it is time to inpeach?

Here, let us rape the twitter feed of Buzzfeed's Andrew Kaczynksi, known collector of twee arcana, and then hop in Obama's Time Machine so we can look at presidents who DO NOT need to be impeached, because they are studs who carry their own umbrellas instead of being Fey Old Prissypants Bamz.

And there you have it. Barack Obama is the most ridiculous dumb jerk what ever was twice elected to lead the greatest nation on earth that God hates.