Hawaii Congresslady Skips Out On Election Night Duty Just To Save State From Volcano, Lame. 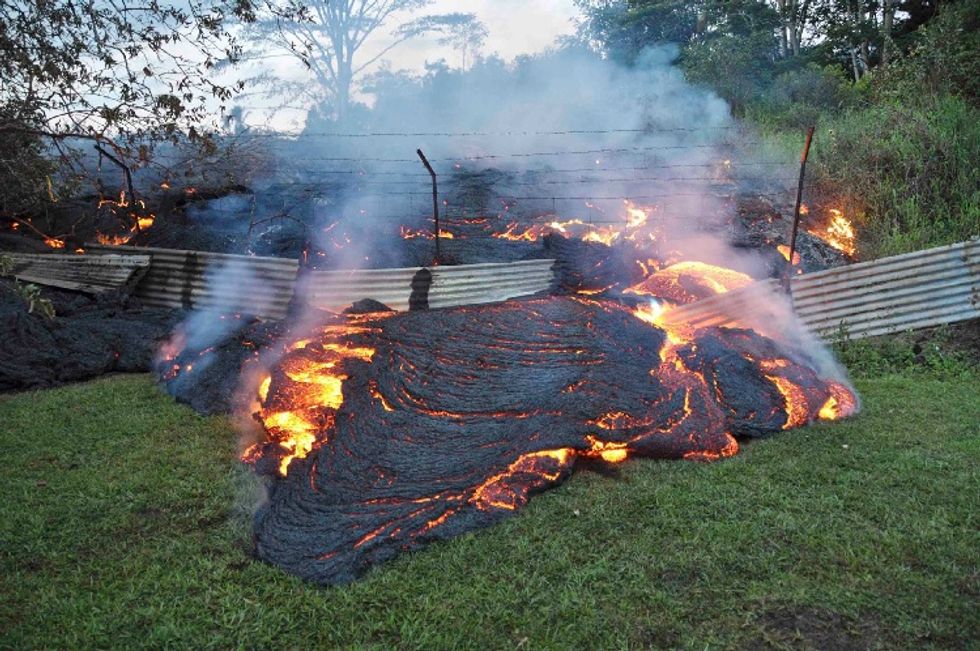 This could get in the way of her election-night party: Hawaii congresswoman Tulsi Gabbard, a Democrat running for reelection in the 2nd District, has been called up for duty in the Hawaii National Guard as it stands by to assist with possible evacuations from an area where the Kilauea volcano is eating up highways and farms and getting close to the outlaw town of Pahoa, on the eastern tip of the Big Island:

Gabbard, a military police captain in the Hawaii Army National Guard, has been called up “to support their assistance to Hawai’i County’s response to the ongoing Kilauea lava flow,” her spokeswoman Heather Fluit said Monday in a statement.

“Her activation starts tomorrow (Tuesday)” and lasts for an undetermined period of time, Fluit told AFP.

While on duty, Gabbard will be unable to comment on politics stuff, although she is reportedly favored to win reelection.

We have not yet heard from Sen. Rand Paul on whether, as a Libertarian, he can get behind government involvement in rescuing people from a lava flow in a state where they know quite well the risks of living near an active volcano. Asked for comment, Paul mostly wanted to know whether the volcano had been exposed to Ebola. Louisiana Gov. Bobby Jindal called for further cuts to wasteful government spending on "volcano monitoring," which is just silly, come on.

Also, unrelated to Rep. Gabbard's guard duty, here is some cool video of a pond boiling instantly as lava runs into it. And you say there's no global warming!

And since it was going to be going through your head anyway, here's the B-52s' "Lava," although we sometimes wonder if this song is even about geology.