HEALTH CARE DRAMA: Rahm Says, 'We Should Do The Lame Health Care Idea,' Obama Pretends To 'Walk It Back' With Tricksy Statement From SOVIET UNION 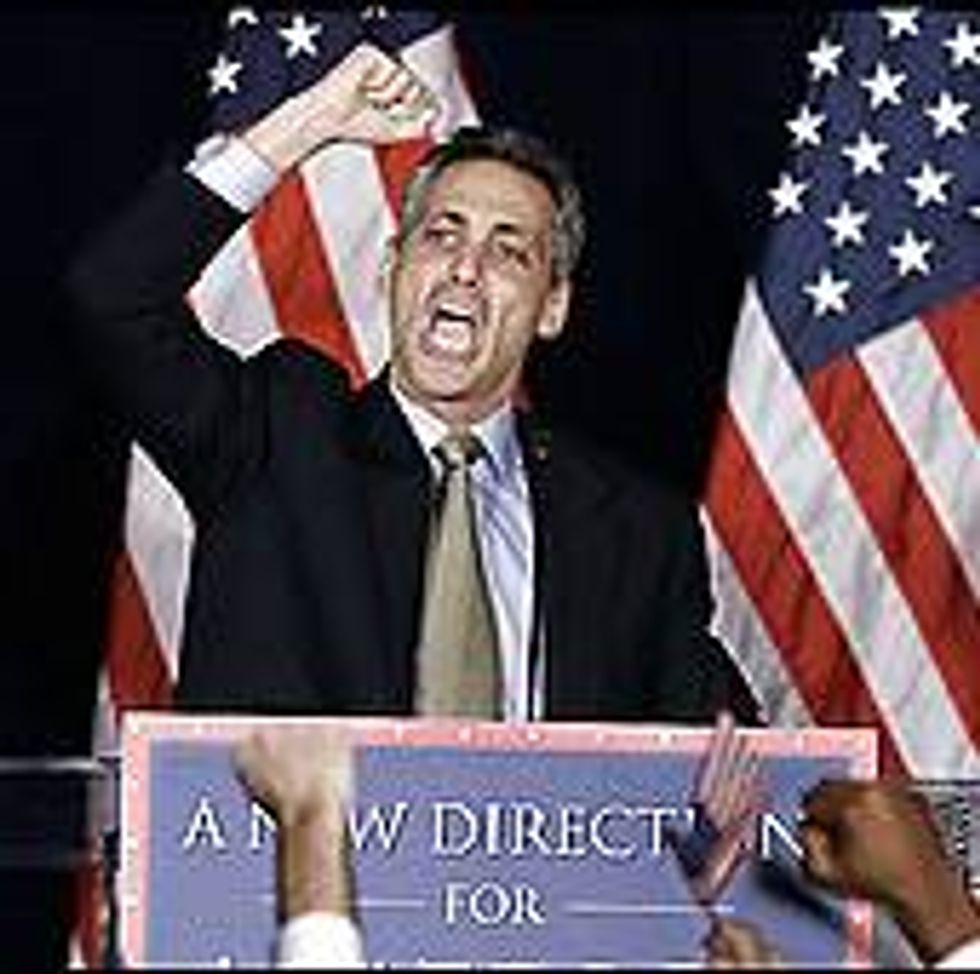 Hey, we tried to make the headline concise, but these daily health care reform games are just nuts. Okay, so, TODAY'S INTERNET HEALTH CARE BABBLE RECAP: Rahm Emanueltold a newspaper that the White House would be open to the lamers' version of health care reform, and then progressives went nuts, and then Obama released a statement from inside Lenin's coffin supposedly "walking back" Rahm's statement, and this is when the Halperins of the world started paying attention because it allowed them to write simple "Rahm vs. Obama" narratives, and then progressives actually read Obama's "walk back" statement closely and saw that it was worded rather sneakily and wasn't that different from what Rahm said in the first place, and now no one will ever be able to see a doctor again and we'll all die and go to Hell, where this debate will presumably resume in another 10 to 20 years.

The Wall Street Journal started it all this morning with a write-up of an interview with Rahm Emanuel, who said fairly catastrophic things:

Mr. Emanuel said one of several ways to meet Mr. Obama's goals is a mechanism under which a public plan is introduced only if the marketplace fails to provide sufficient competition on its own. He noted that congressional Republicans crafted a similar trigger mechanism when they created a prescription-drug benefit for Medicare in 2003. In that case, private competition has been judged sufficient and the public option has never gone into effect.

This (rightfully) infuriated progressives by suggesting that Obama was willing to compromise on the inclusion of a public health care option in a final reform bill, something he campaigned on and has kept urging the reluctant Congress to adopt -- without ever going so far as to say, "I won't sign any bill without a public option," a pledge that would REALLY HELP ENSURE THAT THE DEMOCRATIC CONGRESS DOESN'T DROP THE PUBLIC OPTION, WHICH THEY WILL OBVIOUSLY DO OTHERWISE, BECAUSE THEY ARE ALL MASSIVE, MASSIVE PUSSIES, ALWAYS, ABOUT EVERYTHING.

(Somehow evil *Chuck Schumer* is a token non-pussy in this health care debate, which is weird, just for the record.)

And the pussies' compromise of choice, the one that just won't disappear, is this Trigger suggestion, where a public option won't exist unless huge for-profit corporations fail to meet certain cost-cutting and coverage obligations by certain times. In other words, insurance companies will do absolutely nothing, and Congress will never institute the public option.

So Rahm Emanuel pissed off the progressives, leading Obama to issue this statement from Putin's tiger cage:

I am pleased by the progress we're making on health care reform and still believe, as I've said before, that one of the best ways to bring down costs, provide more choices, and assure quality is a public option that will force the insurance companies to compete and keep them honest. I look forward to a final product that achieves these very important goals.

This was immediately hailed as a "walk back" of Rahm's gaffe; we cannot tell you how many shitty versions of the headline, "Obama lays SMACKDOWN to Rahm: Shut up, biotch," popped into our Google Reader a few hours ago.

But as TPM's Brian Beutler points out, Obama sort of reiterated what Rahm said, just with slick, dancing words: "This is a restatement of Obama's position: That he supports a public option, but that reform efforts must lower costs, expand options, and guarantee quality, and he'll entertain any plan that accomplishes those goals. In other words, his goal is a plan that works. But that doesn't go nearly so far as to say--as Sen. Chuck Schumer has said repeatedly--that he opposes a trigger."

In short, the lesson of today's health care anger-parsing cycle is that if the Democrats want to pass a reform bill with 60 Senate votes, the final product Obama signs will probably just be to mail every American a pistol and a single bullet with a little note saying, "For when you get cancer."