Hello! I, Vladimir Putin, Am Just Big Teddy Bear Eating Honey Or Something, Who Even Knows Anymore 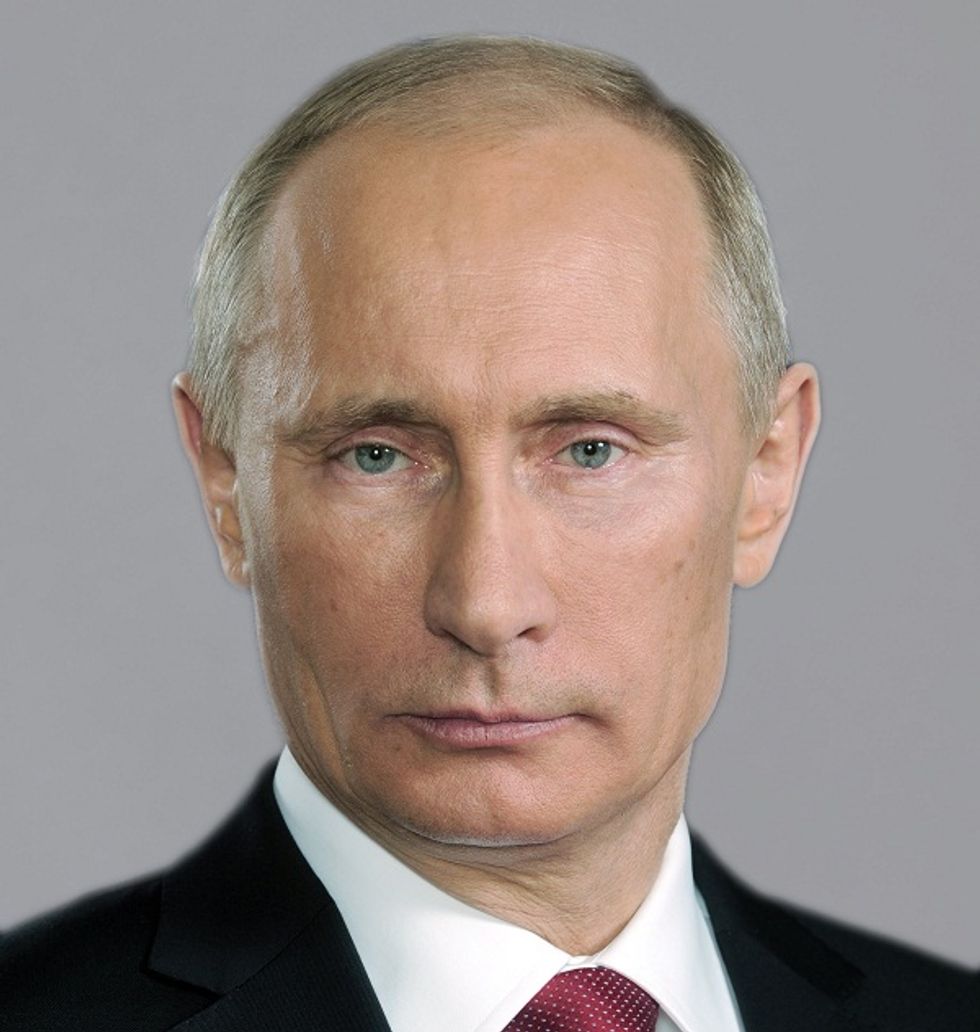 “Sometimes I think that maybe it would be best if our bear just sat still. Maybe he should stop chasing pigs and boars around the taiga but start picking berries and eating honey. Maybe then he will be left alone. But no, he won’t be! Because someone will always try to chain him up. As soon as he’s chained they will tear out his teeth and claws. In this analogy, I am referring to the power of nuclear deterrence.” -- Vladimir Putin in speech to journalists in Moscow on Dec. 18.

Hello again, Zionist puppets of diseased American oligarchy! I, Vladimir Vladimirovich Putin, wish to extend greetings of the season to you. It is beautiful time of year, when the West gorges on fruitcakes and candies while citizens make ostentatious gifts of useless trinkets and PlayStations. Christmas -- it is fuel in engine to keep capitalism on road for another year.

Of course in Russia we do not celebrate Christmas until January 7. It is holiday of great religious significance to our Orthodox. In America, it is excuse for being -- what is word -- smart aleck. In Russia, December 25 is actually very sad day for Vladimir Putin and friends. This is anniversary of day in 1991 our Soviet Union president Mikhail Gorbachev resigned post, abandoning glorious Motherland to rapacious wolves of Western imperialism. Bah, Gorbachev! Such cowardice. This is why we spit when we say his name, like old babushka ladies.

Wonketteviches, you might think this is scary time for Vladimir and Russia, with low oil prices and currency collapse. Yes is true, our ruble now worth less than pile of petrified lynx shit on Russian taiga. Maybe groceries scarce, luxury stores close, and oil executives cannot purchase fancy dachas for wives and superb new breasts for mistresses. But does bear grovel before tiger? Does he fruitlessly chase swine and content himself with eating tree bark in forest? Does not he always look to smash West with velvet fist in iron glove and drink honey like small child on sugar binge?

Is Vladimir not making clear enough metaphors to you?

Yes, Russia still strong like bear, stealthy like puma, wily like fox, and we crush America like flea on bear fur when you invade Siberia to take our natural resources. We have plenty of military resources because no troops in Ukraine. Nyet! None! Okay, maybe a few. Ukraine totally invite them, though.

You do not see Russia cowering in fear before mighty onslaught of North Korean hackers. Of course, Russia never provoke Kim Jong Un with terrible James Franco movie. Did you not learn lesson when Russia fueled missiles in silos after Stallone made Rocky IV?

Oops! Perhaps that story not yet declassified in your country. Forget Vladimir mention it. Let us just say, good thing Secretary Gorbachev had soft spot for Brigitte Nielsen. As does Vladimir Vladimirovich, though he may change mind if Stallone releases director’s cut.

Oops, soft spot, ha ha. Vladimir is all man when it counts, promise.

Where was I? Ah, North Korea! Kim very hurt you make fun of him, America. His father was great filmmaker. Kim owns many Blu-rays of your Hollywood movies. Do not worry. We invite him to Russia for visit in May, will clear everything up then. You thank us for stopping second Korean War then, da?

Okay, good talk, Wonkette! Please continue to not worry about Russian bear, who is strong like ox, not weak like piglet, but giant roaming land, eating everyone else’s honey. Do not try chaining bear up, he will eat off your face and then make strong Russian poop.

I remain your very great friend,