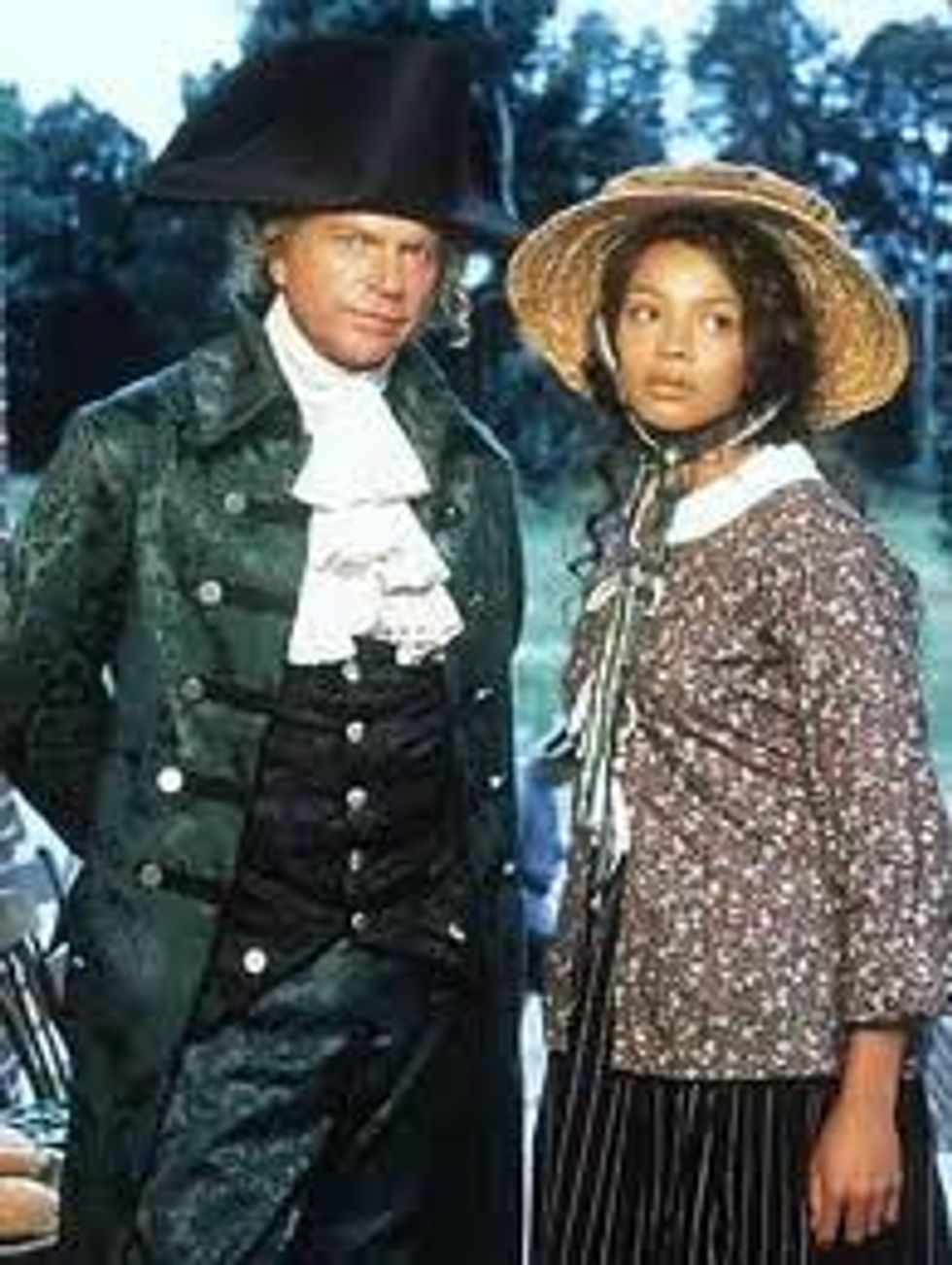 Well, that's nice, you guys. Having already magically made Mormons out of Anne Frank, Elvis, Pope John Paul II, and Hitler (him they can have!), the Church of Latter Day Saints has now turned its attention tomarrying people who might not even want to get married! Like, remember when Bristol and Levi were going to have to get married at, like, 12, so Sarah Palin could be Vice President? Those crazy kids dodged that bullet, huh? But now they will probably be married in the afterlife, because Mormons just cannot keep their nose out of everybody else's celestial planets. So which important people have the Mormons married now? Oh, just Thomas Jefferson and his slave, Sally Hemings, that's all.

But of all the already-married people to get married by proxy by a roomful of Mormons, Thomas Jefferson might have been the most appropriate. Sally Hemings, Jefferson's mistress/slave, was actually already actual sister to his actual wife, Martha. Sister-wives on the real! Also, slave rape, so hot right now. (The Mormons did wait until 1991 to baptize Hemmings -- probably because black people weren't allowed to be Mormon until 1978.)

What is surprising is that the LDS Church, according to its Family Search registry, considers Hemings to be Thomas Jefferson’s wife. (One of two—the other of course being Jefferson’s legal wife, Martha, who happens to be Sally Hemings’s half-sister; she and Hemings were both the daughters of Virginia plantation owner John Wayles.)

Yikes, you guys, move to The Compound already. Oh right you can't you have been dead for like 200 years. Whether Hemings would want to be married to the dude who owned her and their children is unknowable and probably beside the point. Maybe he was a really nice slave owner! Yes, we think we'll go with that.