Henry Waxman Leaving Congress, Has Had Enough Of Your Crap 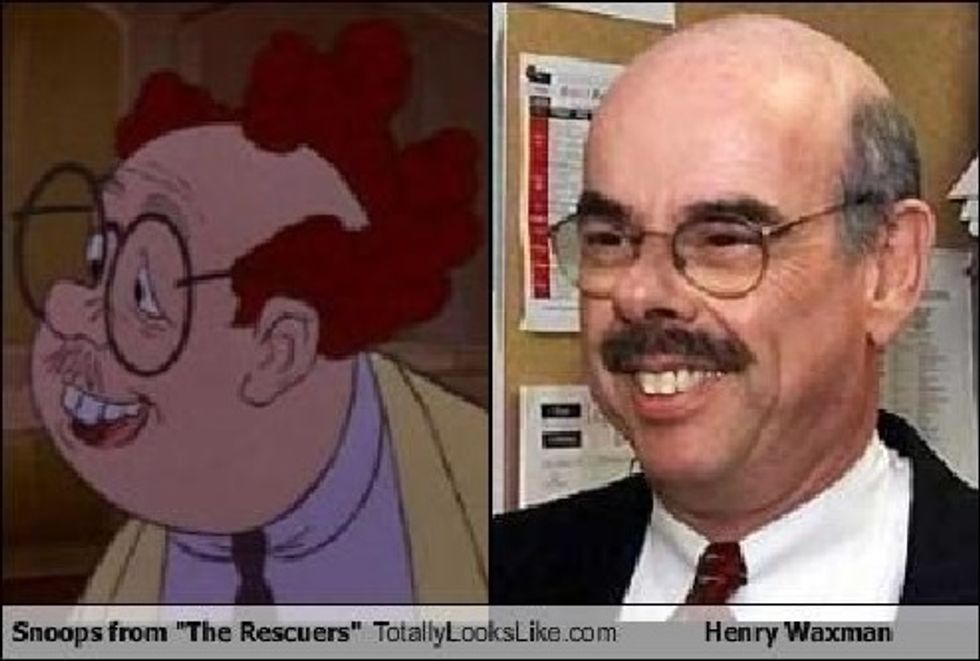 Well, nuts, this is a genuine, bona fide Moment of Sad: after 20 terms in the House of Representatives, liberal healthcare superhero Henry Waxman and his unfortunate teeth announced today thathe'll be retiring at the end of his current term. In honor of his impressive cranium, may we suggest that the renovations of the U.S. Capitol be named the Waxman Dome?

Losing Waxman in Congress hurts almost as much as losing Barney Frank; even if Waxman wasn't quite as funny, he's been one of the great liberal bulldogs of the House. Remember when he was the guy who you could always expect to see on the news, giving hell to Big Tobacco? Remember when he was Darrell Issa before Darrell Issa was, except he investigated Halliburton and Enron and wasn't a dick? He forced through the Clean Air Act over John Dingell's Big Auto objections. And sure, he wasn't able to get the Public Option into Obamacare, though it wasn't for lack of trying (and then all the Blue Dogs lost to teabaggers anyway, the end). We suppose we can somehow forgive him for not wanting to seek another term at 74, but dammit, wouldn't just not ever aging be a better solution, Henry? Darn it.

Unlike some other Democrats who are getting out of the game, Waxman says, in a statement on his website, that he's not burned out on Congress, and that he's confident that he would have won reelection, but that he wants to do other things, which we don't like but suppose we will have to just live with:

“There are elements of Congress today that I do not like. I abhor the extremism of the Tea Party Republicans. I am embarrassed that the greatest legislative body in the world too often operates in a partisan intellectual vacuum, denying science, refusing to listen to experts, and ignoring facts.

“But I am not leaving out of frustration with Congress. Even in today’s environment, there are opportunities to make real progress ...

“The reason for my decision is simple. After 40 years in Congress, it’s time for someone else to have the chance to make his or her mark, ideally someone who is young enough to make the long-term commitment that’s required for real legislative success. I still feel youthful and energetic, but I recognize if I want to experience a life outside of Congress, I need to start soon. Public office is not the only way to serve, and I want to explore other avenues while I still can.

Forty years of fighting the good fight -- and winning a lot -- is pretty damned impressive, so OK, we guess we will let him retire. Waxman's Los Angeles district is pretty much a lock for the "D" column; let's just hope that whoever wins his seat is, like him, a member of the Democratic wing of the Democratic party.