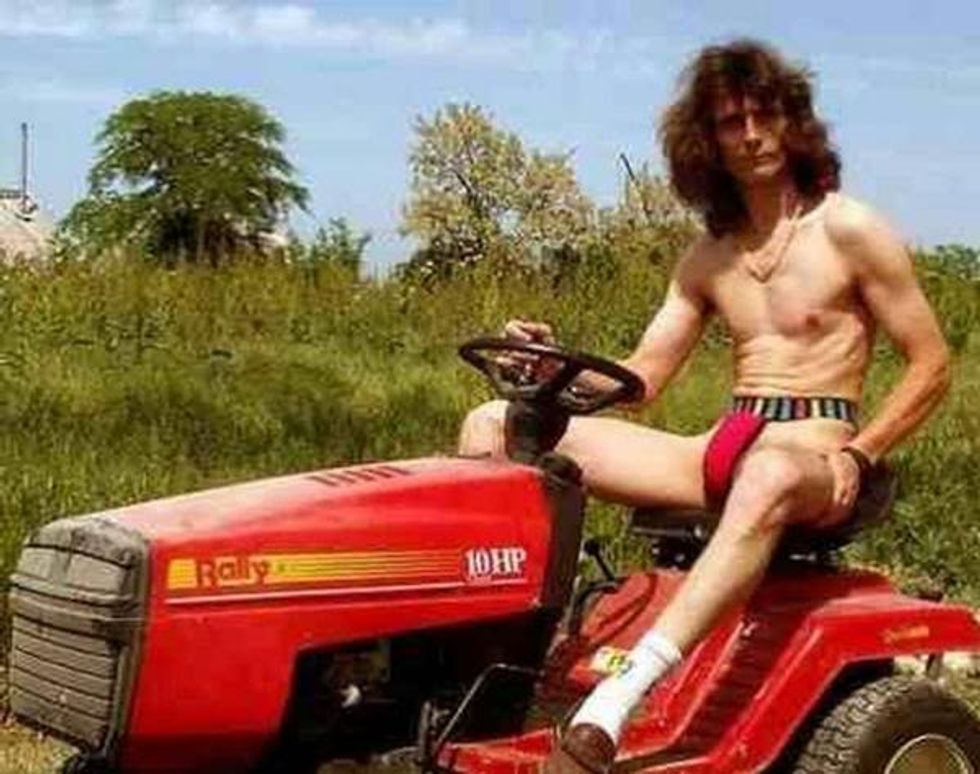 Rep. Steve King is a glorious fucking numbskull, and he's willing to prove it on the daily, if that's what it takes. Having failed to stop the Supreme Court from throat-cramming America with marriage of the EW GAY kind, he must continue to warn America what dark days lie ahead, now that two men or two women can become so gay for one another that they decide to file taxes jointly, 'til death do they part. And what do those dark days look like? Matt Taibbi reported that King, introducing Mike Huckabee in Iowa Thursday, explained that marriage equality means "you can marry my lawnmower." OH REALLY?

We didn't know his lawnmower was single again! On second thought, we'll pass, because lawnmowers are REALLY BAD at slobbing knob. (Pause for all males to join yr Wonkette screaming in imaginary pain.)

Slate points us to an article from Iowa's Dickinson County News, where King attempted to explain the true ramifications of June's Supreme Court ruling:

Their ruling really says anybody can marry anybody -- and eventually it will be in any combination. I had a strong, Christian lawyer tell me yesterday (Tuesday, June 30) that, under this decision that he has read, what it brings about is: It only requires one human being in this relationship -- that you could marry your lawnmower with this decision. I think he's right."

Rep. King's "strong Christian lawyer" is a mighty dumbfuck, and so is Rep. King. The Supreme Court's ruling clearly states that the ruling applies to human beings, and that lawnmowers will have to file their own lawsuits if they want their romances recognized.

Here are some other things King should gay marry, to prove his point:

What else could Rep. King gay marry? Make suggestions in the comments, which are not allowed!