Here Are Some Frames From Ben Quayle's Horrifying New Video 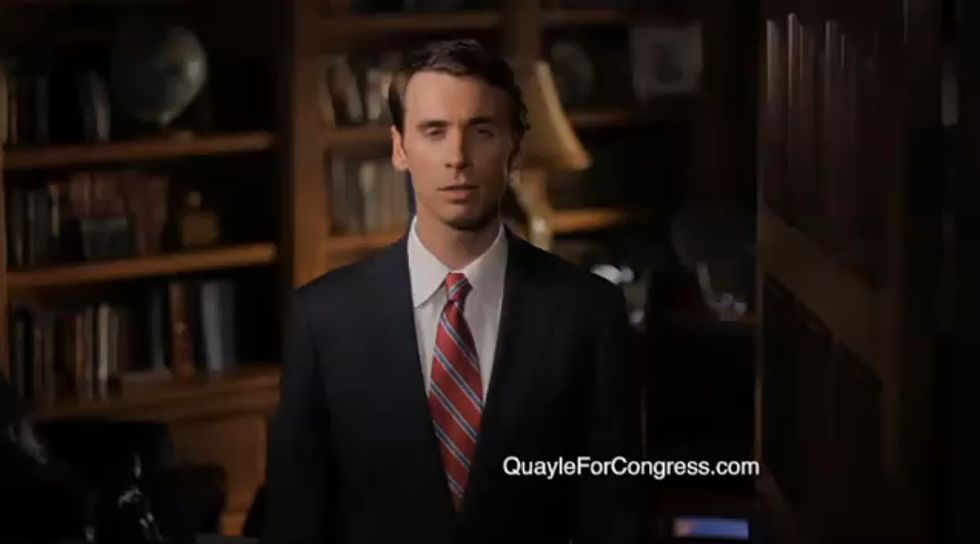 The basic anatomy of a Ben Quayle ad is as follows: 1) It's filmed in his dad's study, and 2) Ben Quayle talks to us while he stalks around the study, acting creepily. But it's only now that we've slowed down the video frame by frame that we realize why Ben Quayle is so creepy: The man's face alternates every split second between looking like he's going to murder you and looking like a tremendous doofus.

If this man is elected, "Worst President Ever" Obama should seriously worry about Ben Quayle assassinating him. Or spitting up some creamed corn on his shirt, one of the two. [YouTube]