Here Is A Funny Joke: Say That John Waters Died. But Really, He's Alive! Get It? 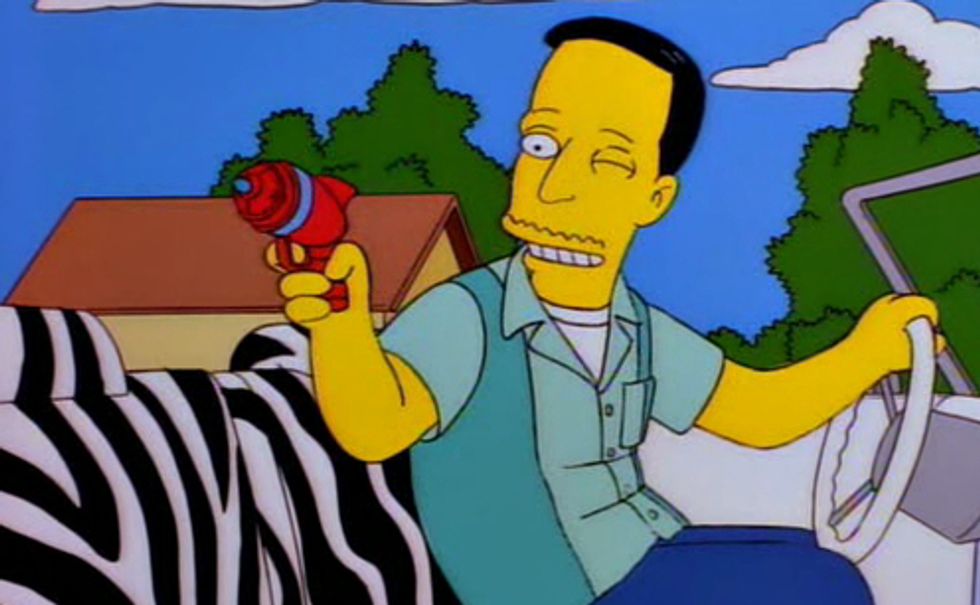 A two-week-oldOnion wannabe, the National Report, managed to get a whole bunch of pageviews a couple days ago with a fake report that John Waters had "dropped dead." You see, what makes this a "joke" is that no non-satirical publication would ever use the phrase "dropped dead" when someone actually dies. Today, we get the hilarious satirical payoff: a "retraction" in which we're told that the first story was a "slight oversight" because the editor saw a report of the death of "John N. Waters from Miami, Florida. With my fact checker out sick that day I thought it was our beloved John Waters." Haw-haw, this is suddenly very "meta," is it not? So very high-concept! We guess they have truly "zinged" the mainstream media or something. Satire: how does it work?

Apart from causing John Waters fans a brief moment of sadness during the 30 seconds it took to search the web and find out that he's still very much among the living, the most offensive thing about this is that it's the laziest possible excuse for a jokelike story: "Guy is Dead. But he isn't! And we used a mildly rude headline!" For chrissake, if you're going to run a fake headline about John Waters, at least make it worthy of the man. It only took us a minute or so in the Wonket Sekrit Chatcave to come up with "John Waters Dies of Cunnilingus-Related Asphyxiation." We're sure our readers can do even better.

The National Report site appears to be the work of a single, seriously humor-challenged person writing as "Nigel J. Covington, III" (Get it? That is a very silly name! And it includes the Classic Cartoon Middle Initial, "J"!) It features amusing headlines like these:

Talk about "edgy"! Apart from the Obama-slagging, the site doesn't seem to have any ideological agenda; mostly, it seems to have been written by someone whose brothers in DKE thought he was the funniest dude they ever met. If "Nigel J. Covington III" wants to make it in the crowded American Satiresphere, he's going to have to try to come up with stories more insanely improbable than reality:

Now, THAT shit is FUNNY.