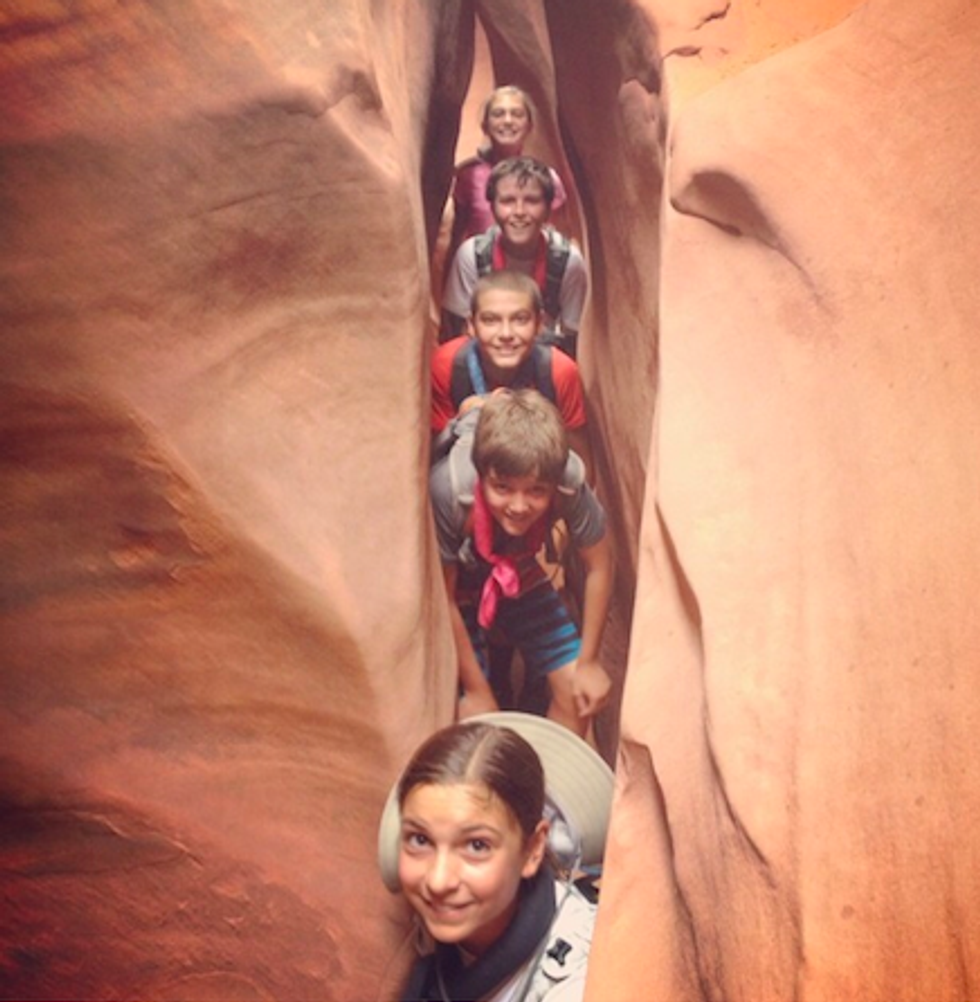 Mitt Romney went camping and he was all blah blah blah the American West and air conditioning and there's nothing more important than family, also the Ukraine. Honestly, you don't need to read it, it is boring and lame and it doesn't even say anything unintentionally hilarious and his wife Egg didn't even say anything about how UNLIKE MICHELLE OBAMA, she loves her family. Good god, that woman is a fucking cunt.

Anyway, here is a picture of some of the Romneys' eight thousand grandchildren stuck inside an arid slit.