Here Is a Political Blog Post About Dog Diarrhea 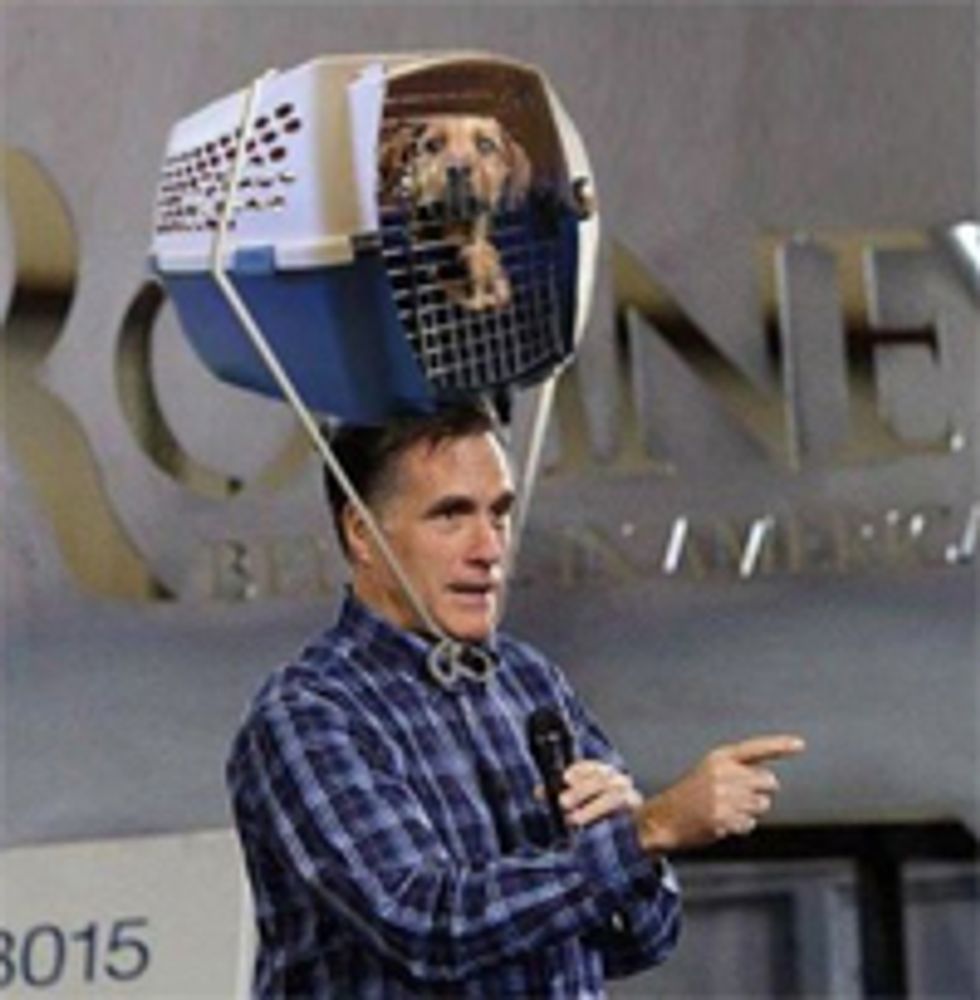 Diane Sawyer conducted an interview with Mitt and Ann Romney about Politics, a field of study concerning or generally related to how Mitt Romney treated his dog three decades ago when he callously strapped the animal's carrier to the top of something, his head apparently. Some exciting new information has come to light in that field! Mitt and Ann Romney's dog had diarrhea three decades ago because, quote, "he ate the turkey on the counter." Let's all of useverywhereacross thewideInternettalkexcitedly about dog poop! There are seven links in the text of that last sentence! Does everyone miss those ancient times last week when Politics was all about Colombian hookers yet?

Anyway, Ann Romney is even more of a hardened sociopath about torture than Dick Cheney, because even he doesn't wander around telling teevee show hosts that the detainees really seemed to enjoy it:

ANN ROMNEY: The dog loved it. The dog was, like--

DIANE SAWYER: But the dog got sick, right?

ANN ROMNEY: Once, he-- we traveled all the time and he-- he ate the turkey on the counter. I mean, he had the runs. But-- he would see that crate and, you know, he would, like, go crazy because he was going with us on vacation. It was to me a kinder thing to bring him along than to leave him in the kennel for t-- in-- in-- in a kennel for two weeks, so.

Just lovely. Would you like to add anything to this interview for us to ignore, Mittens?

I think it's unfair in this country that people-- don't feel there's equal opportunity given the education failures and the fact that the Democratic party is so dominated by the teachers unions they're not putting the kids ahead of the interests of this special interest group. That's what's unfair.

Oh right! Our crumbling public education system is the teachers' fault. Wonder where he got that from? Whatever. Nevermind. [ABC News]