Here Is The Nicest Story We Could Find For Mother's Day: Child Psychopaths 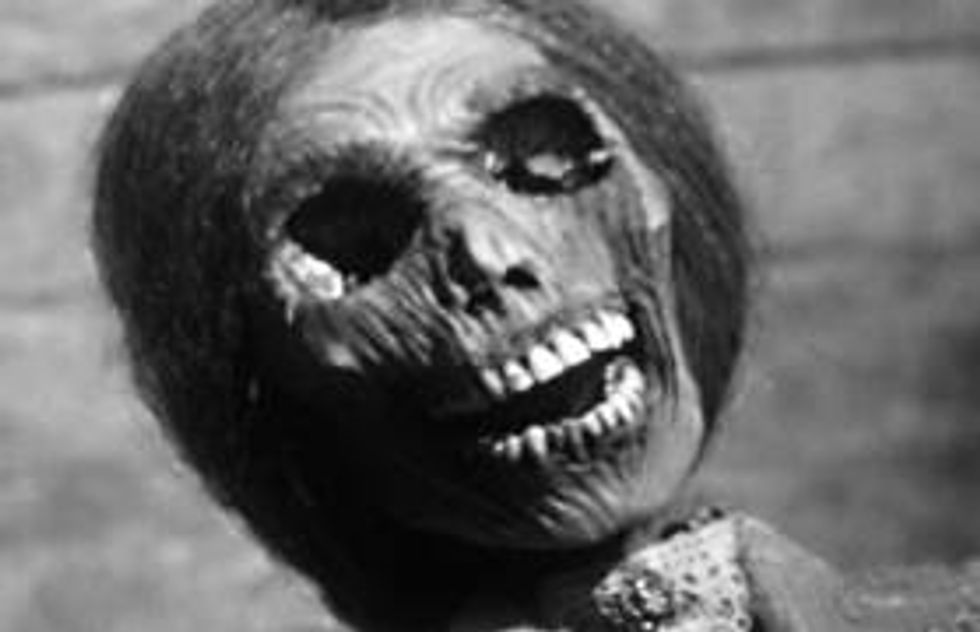 By the time he turned 5, Michael had developed an uncanny ability to switch from full-blown anger to moments of pure rationality or calculated charm — a facility that Anne describes as deeply unsettling. “You never know when you’re going to see a proper emotion,” she said. She recalled one argument, over a homework assignment, when Michael shrieked and wept as she tried to reason with him. “I said: ‘Michael, remember the brainstorming we did yesterday? All you have to do is take your thoughts from that and turn them into sentences, and you’re done!’ He’s still screaming bloody murder, so I say, ‘Michael, I thought we brainstormed so we could avoid all this drama today.’ He stopped dead, in the middle of the screaming, turned to me and said in this flat, adult voice, ‘Well, you didn’t think that through very clearly then, did you?’ ”.

In some children, [Callous Unemotionalism] traits manifest in obvious ways. Paul Frick, a psychologist at the University of New Orleans who has studied risk factors for psychopathy in children for two decades, described one boy who used a knife to cut off the tail of the family cat bit by bit, over a period of weeks. The boy was proud of the serial amputations, which his parents initially failed to notice. “When we talked about it, he was very straightforward,” Frick recalls. “He said: ‘I want to be a scientist, and I was experimenting. I wanted to see how the cat would react.’ ”

In another famous case, a 9-year-old boy named Jeffrey Bailey pushed a toddler into the deep end of a motel swimming pool in Florida. As the boy struggled and sank to the bottom, Bailey pulled up a chair to watch. Questioned by the police afterward, Bailey explained that he was curious to see someone drown. When he was taken into custody, he seemed untroubled by the prospect of jail but was pleased to be the center of attention.

In many children, though, the signs are subtler. Callous-unemotional children tend to be highly manipulative, Frick notes. They also lie frequently — not just to avoid punishment, as all children will, but for any reason, or none. “Most kids, if you catch them stealing a cookie from the jar before dinner, they’ll look guilty,” Frick says. “They want the cookie, but they also feel bad. Even kids with severe A.D.H.D.: they may have poor impulse control, but they still feel bad when they realize that their mom is mad at them.” Callous-unemotional children are unrepentant. “They don’t care if someone is mad at them,” Frick says. “They don’t care if they hurt someone’s feelings.” Like adult psychopaths, they can seem to lack humanity. “If they can get what they want without being cruel, that’s often easier,” Frick observes. “But at the end of the day, they’ll do whatever works best.”

Happy Mother's Day, from The New York Times Magazine, and Your Wonkette!