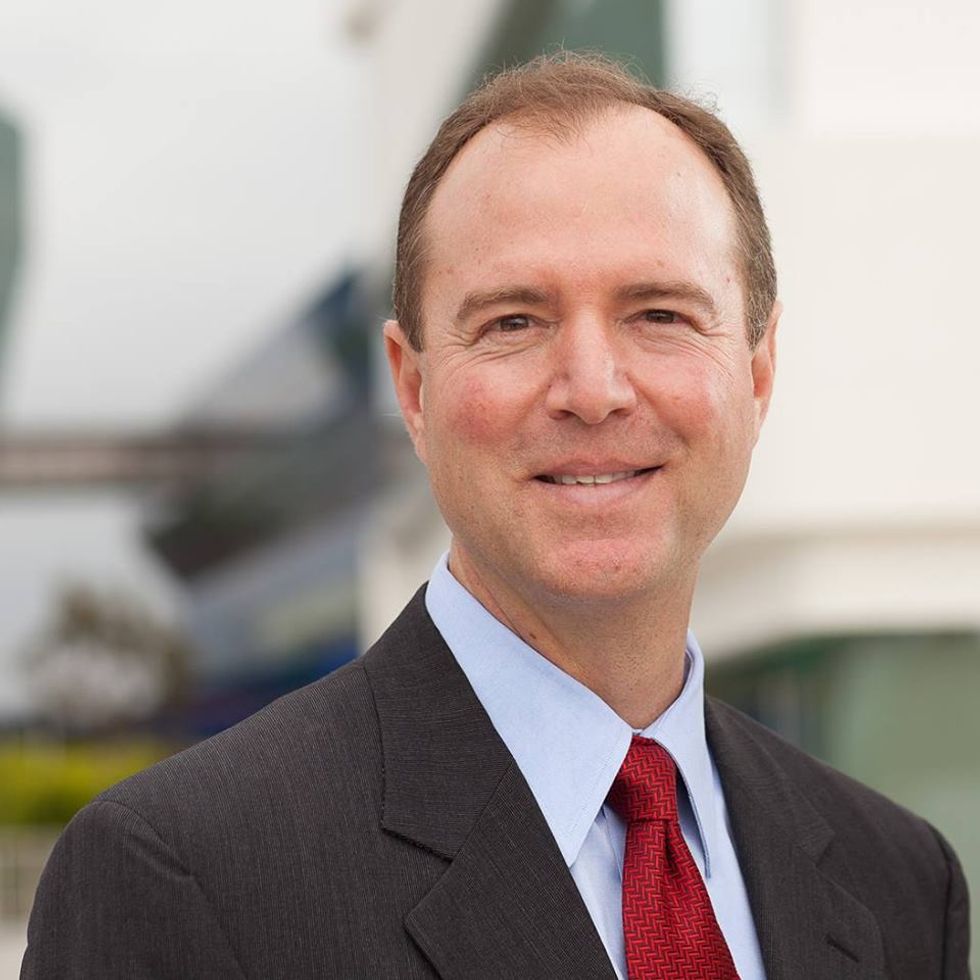 Holy News Dump, Batman! Is The Most "Successful" Administration Ever(™) hoping that the wife-beating scandals drown out their refusal to release the Democratic rebuttal memo? Or vice versa?

Yes, yes it is! Okay, let's deal with the latest chapter in #MEMOGATE. Because this shit is never ending.

Devin Nunes is the Real Russia!

Last week, Republicans on the House Intelligence Committee "proved" that THERE IS NO RUSSIA, HILLARY IS THE REAL RUSSIA with a memo that alleges The Dodgy Dossier was used as a basis to get a warrant on Carter Page. As we have mentioned, this is utter bullshit -- the warrant was issued after Page had been You're Fired from the campaign. It is perfectly legitimate to use a biased witness with prior indicia of credibility to establish probable cause -- and Carter Page, a self-described "informal Kremlin advisor" was meeting with all kinds of shady Russian characters.

Also, too, the application for a FISA warrant clearly stated that the evidence was being provided by Trump's political opponents! Republicans have been jumping up and down yelling, "How could those FISA judges know in October of 2016 that Trump's opponent was Hillary? UNPOSSIBLE!" Because they are lying assholes. Anyway, they loaded up their memo with half-truths about the FISA warrant on Carter Page, the very existence of which is supposed to be classified. Then, despite the FBI and DOJ saying, "Holy Shit! DO NOT jeopardize national security by releasing this memo," Donald Trump immediately overruled them and released it unredacted.

Donald and the Documents

When it came to the Democratic rebuttal memo that would prove House Republicans are full of crap, however, Donald Trump magically rediscovered his deep, abiding concern for national security. The House Intelligence Committee voted unanimously to release the rebuttal memo, but yesterday Don McGahn told Devin Nunes, Oh, frowny face! The Democrats' memo is just too sensitive to be released!

Although the President is inclined to declassify the February 5th Memorandum, the President asked the Office of the Director of National Intelligence and the Department of Justice to assess the declassification request and provide him recommendations. The Department has identified portions of the February 5th Memorandum the disclosure of which it believes would create especially significant concerns for the national security and law enforcement interests.

Oh, NOW he cares about DNI and DOJ? Now that there's a memo laying out exactly why the FISA court thought it was appropriate to issue a warrant on the Russia-loving chucklehead touted by Trump as a distinguished foreign policy adviser?

So, what happens now? Well ... Let's just copy Law Professor Steve Vladeck's homework, since he was kind enough to post it on Twitter.

1) HPSCI works w/ DOJ to produce a version of the memo that can be released;

2) The entire House votes to override the President's decision;

3) A member reads the memo into the record from the House floor; or

Option 1: They Release a Redacted Version

Unlike Republicans, HPSCI Democrats have always insisted they would redact anything that the DOJ believes will threaten national security. The issue is, who decides what gets redacted? Will it be the White House taking a magic marker to black out all the reasons Carter Page was worth surveilling? Or will it be the FBI protecting its sources? Here's Your Boyfriend Adam Schiff asking HPSCI chair Devin Nunes to make DOJ and the White House use different highlighters.

It took several minutes for Boy Wonder Devin Nunes to figure out what Schiff was asking for, and several more minutes for him to mumble some non-committal bullshit about procedural requests. Have we mentioned that HPSCI meeting was MEEEEOWWWW!!! HISSS!!!

At any rate, McGahn's letter suggests that the White House is deferring classification decisions to the DOJ, but who knows with these slippery sonsabitches!

Yeah, right. That craven little pipsqueak Paul Ryan is going to call a vote to declassify evidence of Trump's collusion with Russia, against the express edict of the DOJ?

Option 3: Someone Pulls a Feinstein

Remember when badass Dianne Feinstein nut-punched Chuck Grassley and released the transcript of Fusion GPS founder Glenn Simpson telling the Judiciary Committee all the ways Trump is knee-deep in Russian shit? Because what's Senator Cornhole gonna do -- arrest the Senator from California? PFFFFT.

Adam Schiff or Elijah Cummings could just say FUCK IT and read their unredacted memo into the Congressional Record. They can't be arrested for it, although that loon Nunes would probably leap out of the balcony to tackle anyone who tried to do it. But Democrats have consistently said they'd cooperate with DOJ on classification, so Devin is probably spared an embarrassing asskicking in the well of the House. Lucked out!

Well, Democrats could let the matter drop. But they've said from the very beginning that they intended to work with DOJ to protect national security secrets. So, we're rating this one not bloody likely.

Option 1: Democrats Work with DOJ to Publish a Redacted Memo. But who the hell knows! We'll keep you posted!