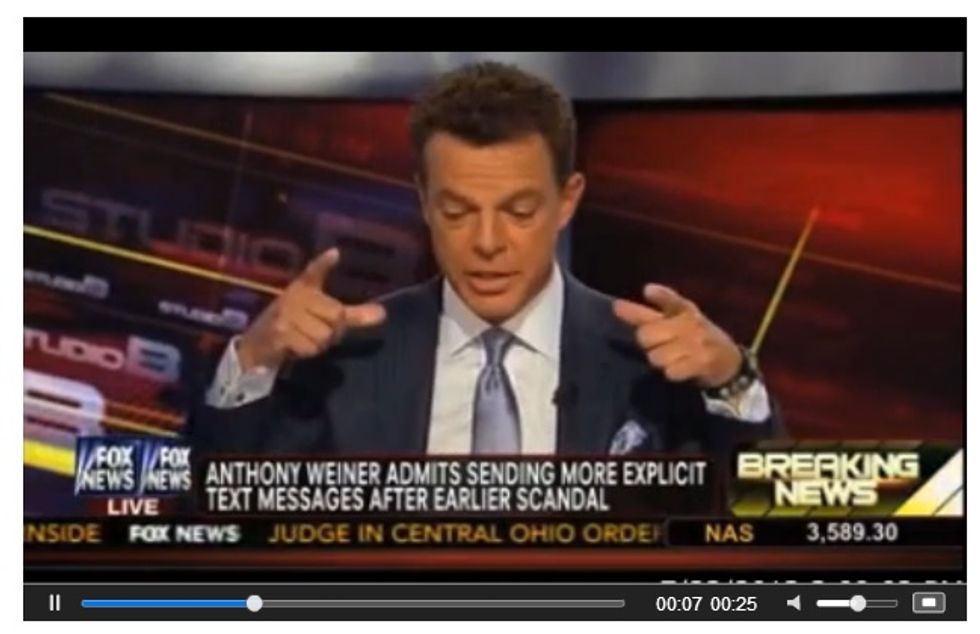 Well, thank you very much, disgraced former Congressman Anthony Weiner, and thank YOU very much, Internet. We were just getting ready to sit down and do a thoughtful, nuanced, brilliantly satirical post about that New York Times story on Goldman Sachs manipulating the aluminum market, complete with elaborate Catch-22 references because the whole rotten scheme reeks of Milo Minderbinder getting rich buying eggs for seven cents and selling them for four cents... and then you go and throw Anthony Weiner's Sexting, Part Two (Electric Boogaloo) in our faces again and all we can think of is "Eww, get that out of our faces," and "Haw-Haw, Goldman Sacks!"

So of course what choice do we have but to hurriedly throw together a Photoshop (or other photo-manipulation software of your choice) contest? Thanks to that lead image by Twitter Photoshop Monster Extraordinaire shirtlessselfiedarth™ of course, everyone is AUTOMAGICALLY competing for second prize, probably, but considering some of the inspired evil lunacy from our last photo-chopping contest, we TOTALLY BELIEVE that some of you are both technically proficient and filthy-minded enough to put in a pretty strong runner-up effort!

Email your hilarious Wiener-news-themed entries to our tipline (that's "tips at wonkette dot com" you know), and don't forget to include the pseudonym you want us to slap on your ort. You may do the photoshops or you may even do the Blingees. Needless to say, you should not feel limited by any considerations of taste or aesthetics, as long as your submission is 1) Funny and 2) Something that goes beyond "Hey, his name sounds like a DICK!" (Do we really have to tell you that? Of course we do.)

And finally, hot off the twitternet, Buzzfeed has video of Shep Smith describing the newest Weiner photos (we know!) while saying "It’s like he’s doing like this," but Buzzfeed does not allow embedding their video because they are MEANIES, so here is a screenshot at least:

Have at it, Wonkers. We're going to get off the computer and go read that biography of Karl Marx that somebody recommended. (snrrkkk... "get off")

[Buzzfeed / Image by shirtlessselfiedarth™, by permission]