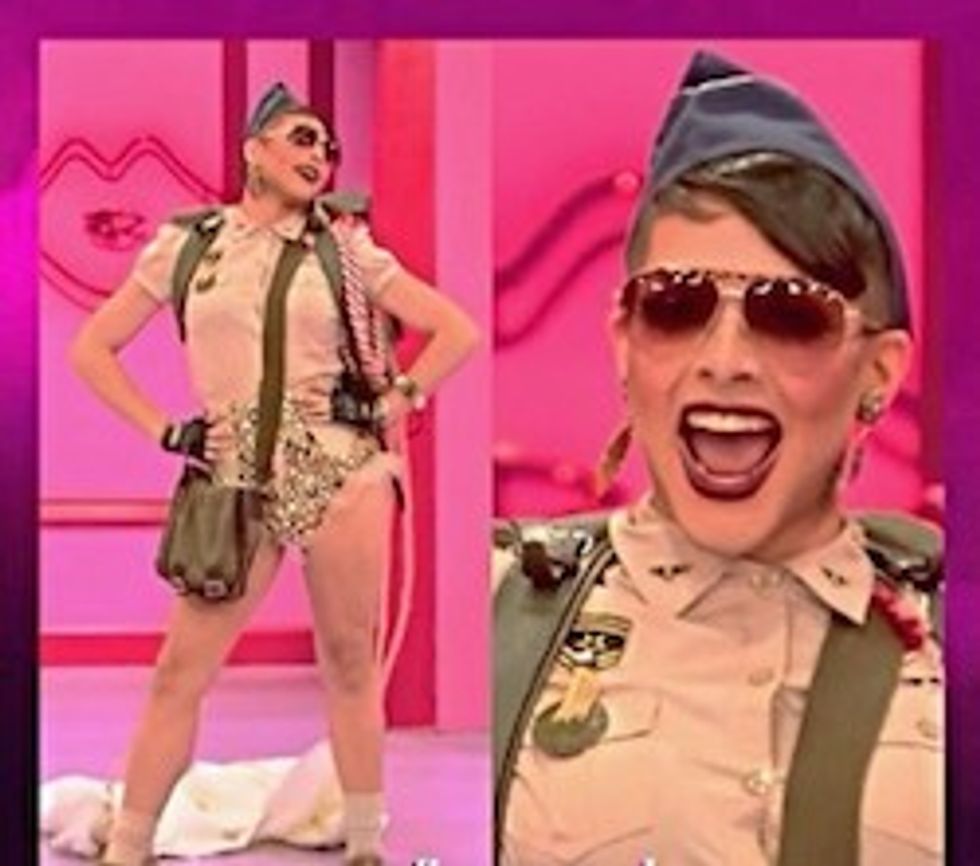 [S]ervicemembers here may have been the first to take to the stage and perform as drag queens on a military installation in support of lesbian, gay, bisexual and transgender troops.

Drag queens and drag kings, to be precise.

Six servicemembers — gay, lesbian and straight — donned heavy makeup to dance and lip sync songs such as “I Wanna Dance with Somebody” for a raucous capacity crowd at the Rocker NCO Club at Kadena Air Base. The event was a fundraiser for the recently formed Okinawa chapter of OutServe-SLDN, which is the largest nonprofit advocate for the military’s LGBT community.

Let us be the first to say YAAAASSSSSSSSSS to this.