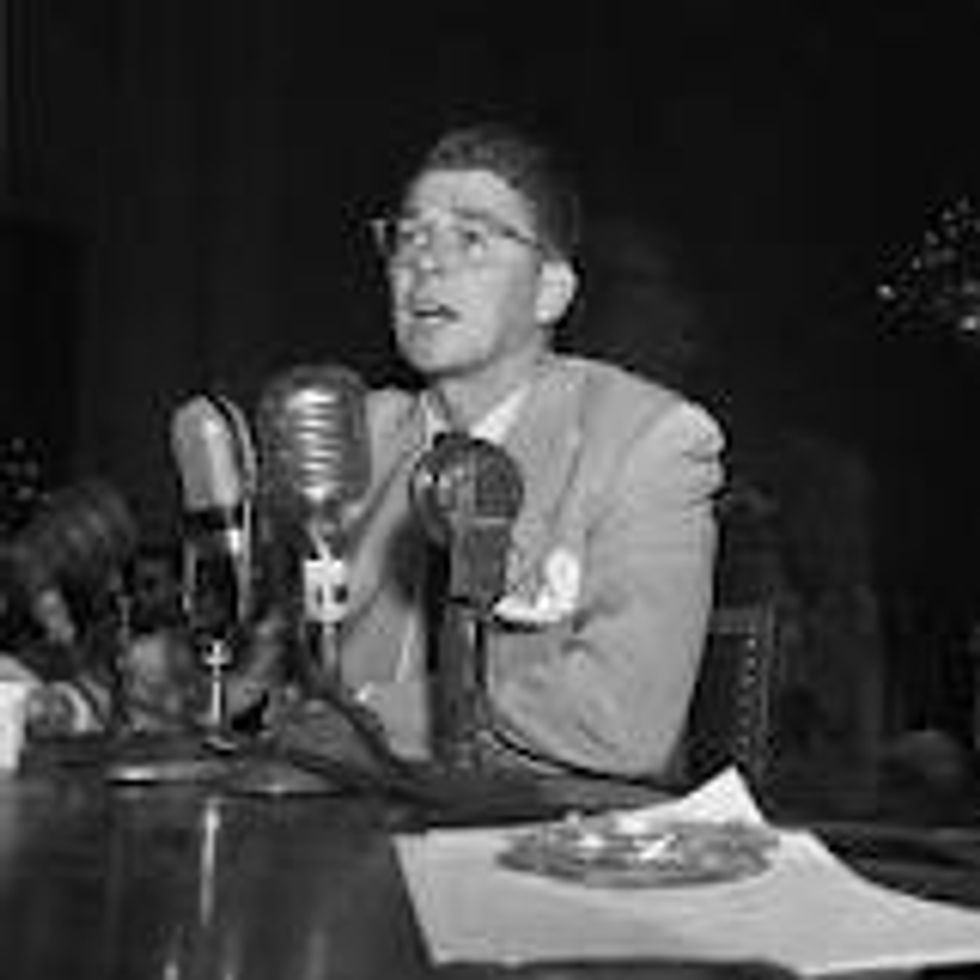 Why is Ronald Reagan always trying towage class warfare on executives paying less than their secretaries? Why does he want to punish people for success, by making them pay the same tax rate as a bunch of unemployed losers, like you? Why does Ronald Reagan hate Mitt Romney, and America? Maybe when he was naming names to Joseph McCarthy and HUAC he should have named HIMSELF! Watch Ronald Reagan gay-marry Barack Obama and Warren Buffett (Mormon-style!) after the jump!