Here's A Jaunty Gay-Hatin' Campaign Song For Republicans, Since They Can't Use Any Others 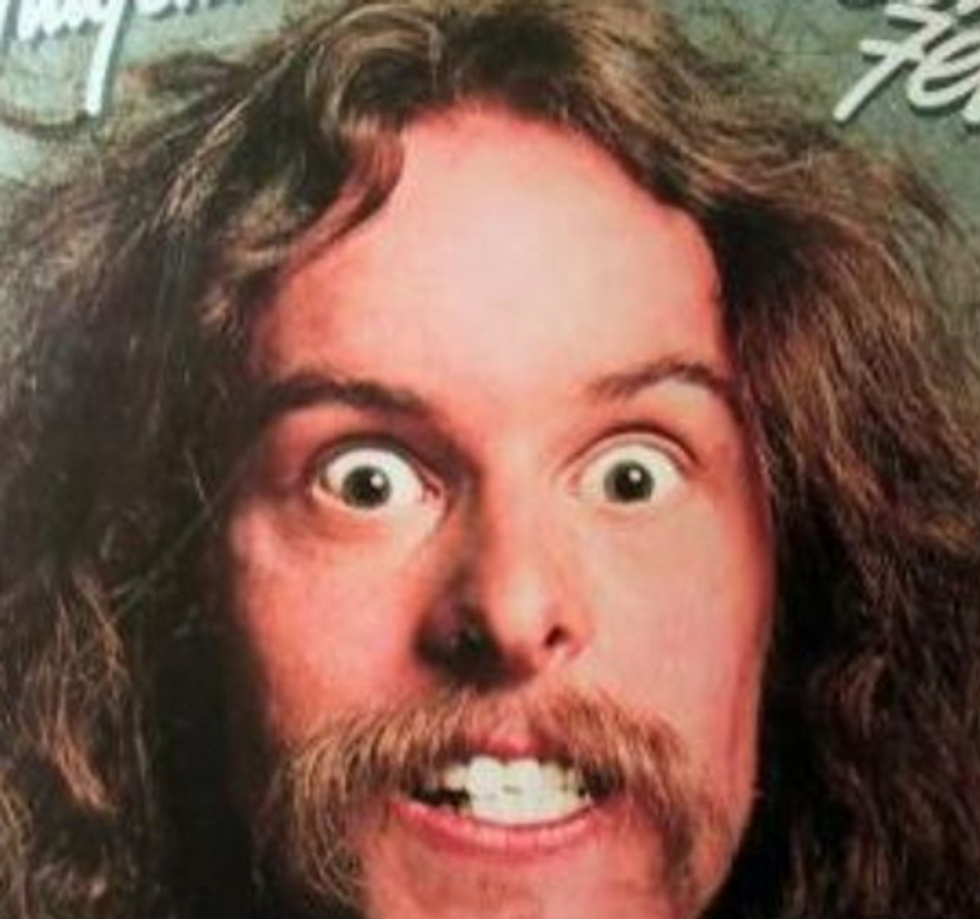 Republican candidates have this problem every single time they try to do campaigns. They think, "Hey, I have always loved that song by [insert artist here], I'll use that!" And then they get a cease-and-desist letter, or a lawsuit, from the artist, saying "I hate you so much, you are not worthy of my song, you dirty disgusting wingnut." It happened last week, when dumb Donald Trump thought it would be a good idea to use Neil Young's "Rockin' In The Free World" during his campaign announcement. No dice, Donald. But there is hope on the horizon!

You see, there is a new religious right movie-film called "Light Wins," about how all fags and lezzies are going to hell or something -- you know, a family flick -- and Right Wing Watch reports that it has a theme song! Now, conservative Christians aren't known for writing good music, or doing anything creative really, but we think you'll agree that this is going to be the hit song of the summer, the one the Duggars will NOT be able to stop doing side-hugs and getting pregnant to:

If you didn't catch those NSFW sexxx lyrics, here they are, lovingly transcribed by yr Wonkette, with explainers in italics for lyrics that might be too artistic for the average listener to comprehend:

From the moment of conception when our lives began (because you didn't get aborted!)

Through the sacred union of one woman and one man (because yr mom and dad weren't queers!)

The way, the truth, the life, we are a part of His design

The one who made the stars created us to shine

Wandering through darkness that was never meant to be

Where there is no light, your people cannot see

No matter how loud it's shouted sin is not a civil right! (FAGS!)

Oh fuck it, you get the idea. But isn't that a great song? It's, like, almost as good as that ridiculous "ex-gay" anthem from a few years back.

This song is especially good news for Rand Paul and Mike Huckabee, as Right Wing Watch ALSO reports that they are in the gay-hating film! So there you go, boys. You've got a song now, because you're not allowed to use much of anything else. And Ted Cruz is covered, because somebody wrote him a hip-hoppity song already. And Ben Shapiro's dad wrote that really shitty "pro-life" song, GOP candidates can use that. Maybe a Victoria Jackson song? And if nothing else, fall back on the rudimentary musical stylings of Ted Nugent, pictured above.

But here are some GOOD songs Republicans definitely CAN'T use:

1. Nothing by Beyoncé, because Mike Huckabee knows she is a whooooooore:

2. Creedence Clearwater Revival's "Fortunate Son," because that song hates the troops so much and wants to kill them dead: 3. ANYTHING BY WOODY GUTHRIE. Yes, wingnuts, that includes this song, unless you want us to laugh and laugh and laugh some more, right at your face: 4. Tom Petty's "American Girl," because remember when Petty was all "Hey, Michele Bachmann, you are the worst at life, I hate you very much, you are not the kind of American Girl that song is about," and then he threatened to sue her? That happened: 5. John McCain and the RNC actually DID get sued for using Jackson Browne's "Running On Empty," but we're going to call this one a wash because the song is not that good: 6. Nothing by the Talking Heads, because David Byrne also sued Charlie Crist for one million ameros (back when Crist was a Republican, awwww) for using the song "Road To Nowhere": 7. Better stay away from the Steve Miller Band too, because, HEY MARCO RUBIO, you already done got in big trouble for using this Steve Miller song and that band HATES you: 8. And finally, this song, by one of yr Wonkette's favorite bands, Birdcloud, and though this song is called "Saving Myself For Jesus," we think you'll agree upon listening to one verse that it's not QUITE the abstinence message Christian conservatives really want to put out there, and also that it may be the filthiest song ever to come out of two beautiful Southern ladies' mouths. Birdcloud is wonderful: So there you go, wingnuts, that's just the tip of the iceberg when it comes to songs you ain't allowed to play at your little campaign rallies. And remember, even if a song isn't posted here, it's probably best to err on the side of "all creative people alive hate Republicans," and stick with the gay-hatin' anthem above.