Here's How the Koch Bros. Put 'Raise the Retirement Age' On TV 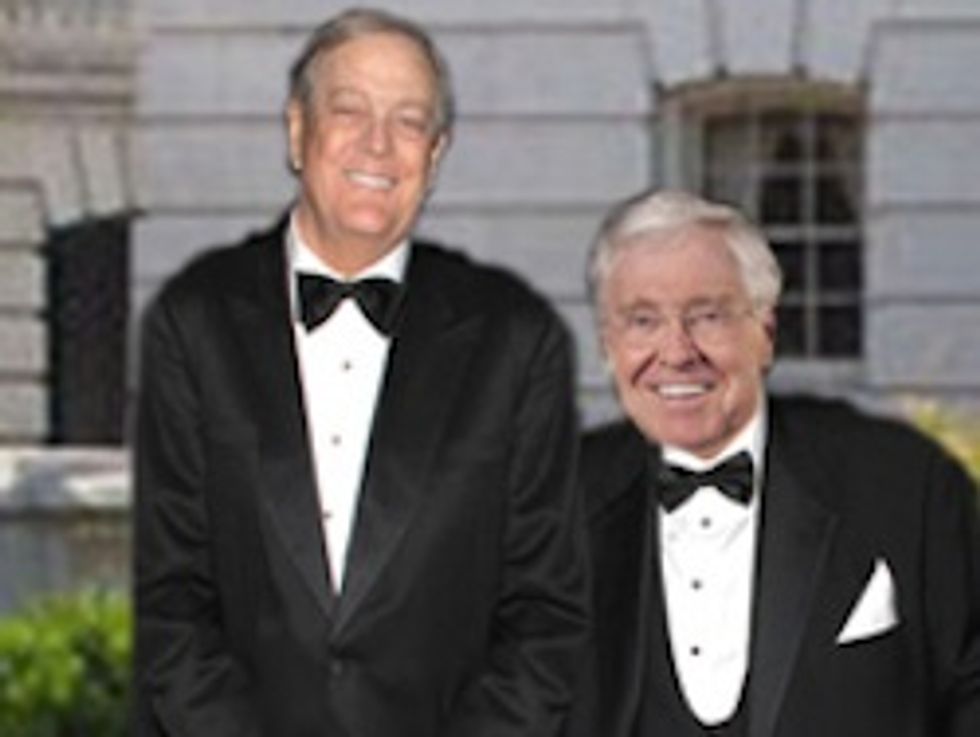 Why, exactly, should we raise the retirement age? Who benefits from that? Certainly notpeople, now being told that they'll have to toil until death after all, just like the slaves and serfs of the cruel past. And why should the elderly now have to work to the grave? Because the Koch Brothers were born into $300 million fortunes and they've exploited hundreds of thousands of laborers and the natural resources of America to make that $300 million into billions, and they don't want to pay any taxes on that, because they are evil. Here's a quick video that's not too lulzy but might be just what your brainwashed grandparents need to receive in their AOL mail.

Why is Bernie Sanders so sane and smart and humane? Oh right, he's a democratic socialist who rightly appreciates the democratic-socialist institutions of America -- Social Security, Medicare, compulsory education, labor rights, national parks, public transportation infrastructure, libraries, fire departments and other such ideas that were radical centuries ago and are now part of accepted humanity throughout the world.