Here's How The Second Amendment Has Prevented Tyranny Lately 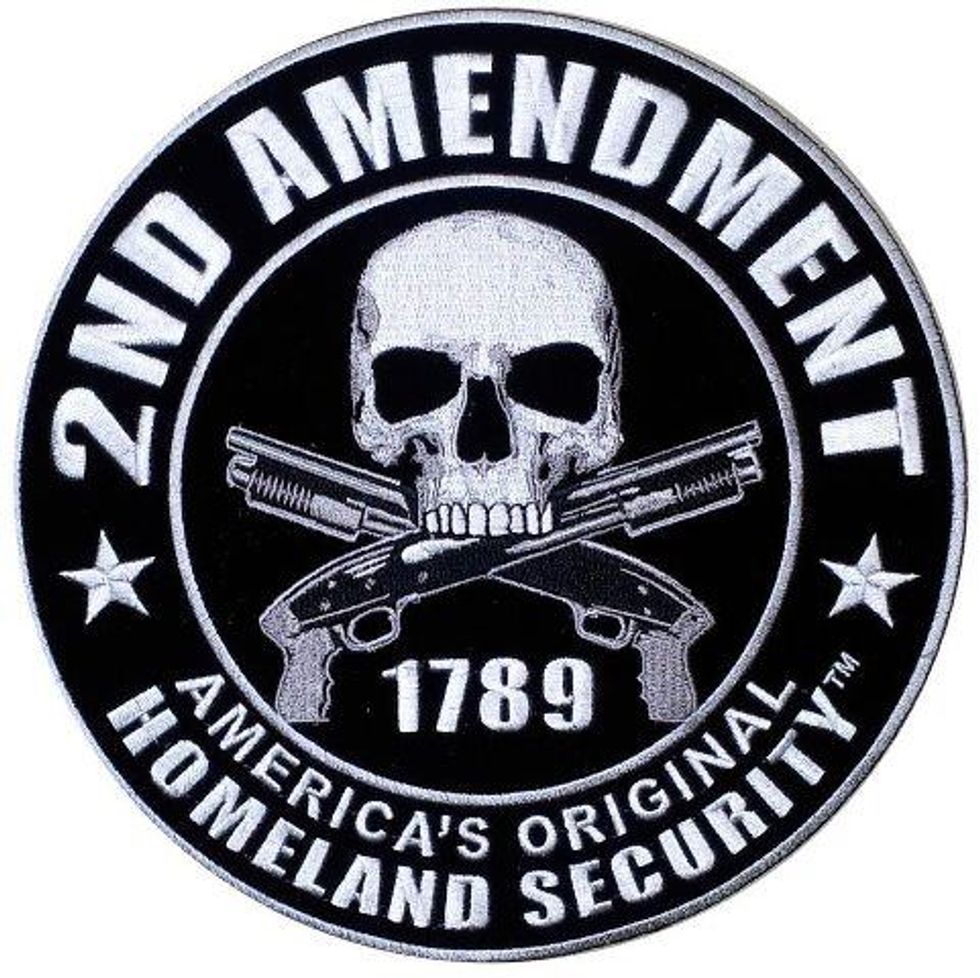 Sawed-off shotguns: They're in the Constitution!

While we know guns had nothing to do with the tragedy today that took the lives of Virginia TV station WDBJ reporter Alison Parker and cameraman Adam Ward, in addition to the suicide of the shooter, a disgruntled former employee of the station, we thought we'd mention some other recent deaths in which guns had nothing to do with anything. Because while it's far too soon to talk about guns in relation to the Virginia murders, maybe it's not too soon to talk about these other shootings. (We are joking you, of course. It is never the right time to talk about guns.)

So, how has the Second Amendment been protecting all the others lately? In addition to stories we've already reported this month, like the responsible gun owner who murdered his two preschoolers or the Oklahoma gentleman who fired a gun into his own arm while protecting a "Muslim-free" gun shop from terrorists, we found a few other examples, all within the past month:

We could have listed many more stories -- each one an isolated incident -- that came up in a search of "child shot" within the last month, but we wanted to finish this piece sometime today. Also, we suppose it might be worth noting that despite the contention that the Second Amendment is inviolate because it is part of our Constitution and the Founders never wanted that fact to ever change, some Hollywood liberal posted this quote -- carved into the marble of the Jefferson Memorial, even -- to Twitter Wednesday morning:

This Jefferson guy sounds like a dangerous radical who doesn't really love America or want us to stay safe.