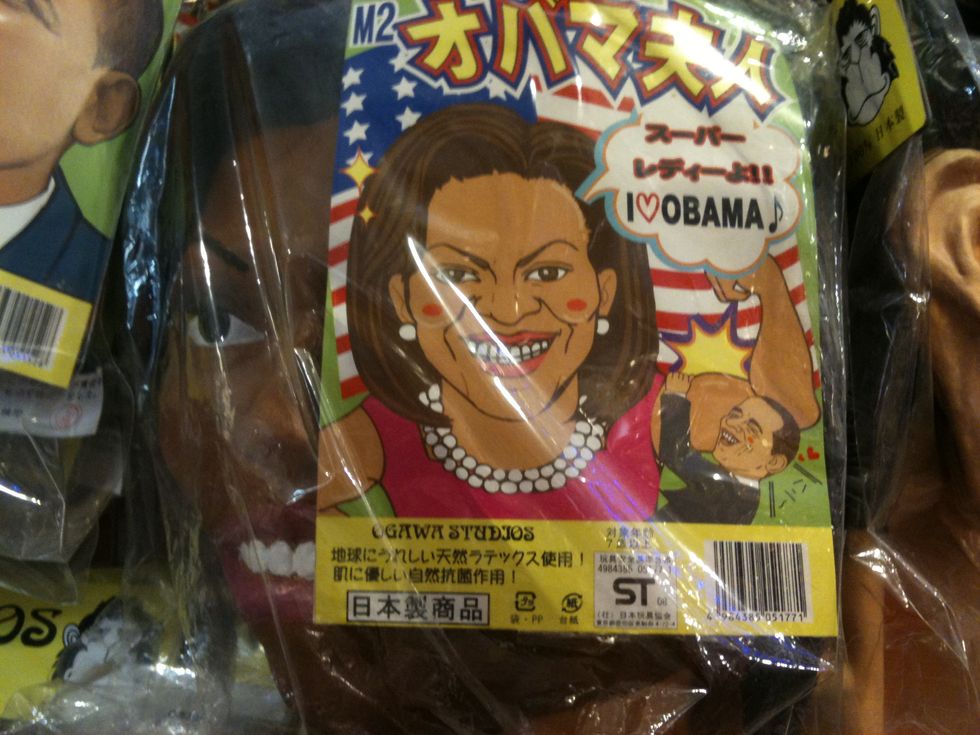 As you know, your editor was in peaceful, relaxing Japan last week for a perfectly-timed vacation. Tokyo was about as normal as one could expect a city to be in such a situation, so we won't bore you with banal details about what it's like to now have gills and the ability to shoot laundry detergent out of your eyes. You want to see the weird Obama stuff your editor stumbled upon.

Obama loves the arms of giant women with red tiddlywinks on their cheeks. And they love him.

A shop in Kamakura near the Great Buddha displayed these photos to let people know why this small seaside town is significant: It was once visited by a Kenyan.

This was when a guy behind Obama made a fart sound. This was when an impatient Obama bit into a popsicle rather than sucking on it, upsetting the American public and sending his approval ratings spiraling down.

And that was pretty much it for Obama stuff. It's almost like Japan had more important things to do than amuse your editor with its weird take on a foreign head of state.