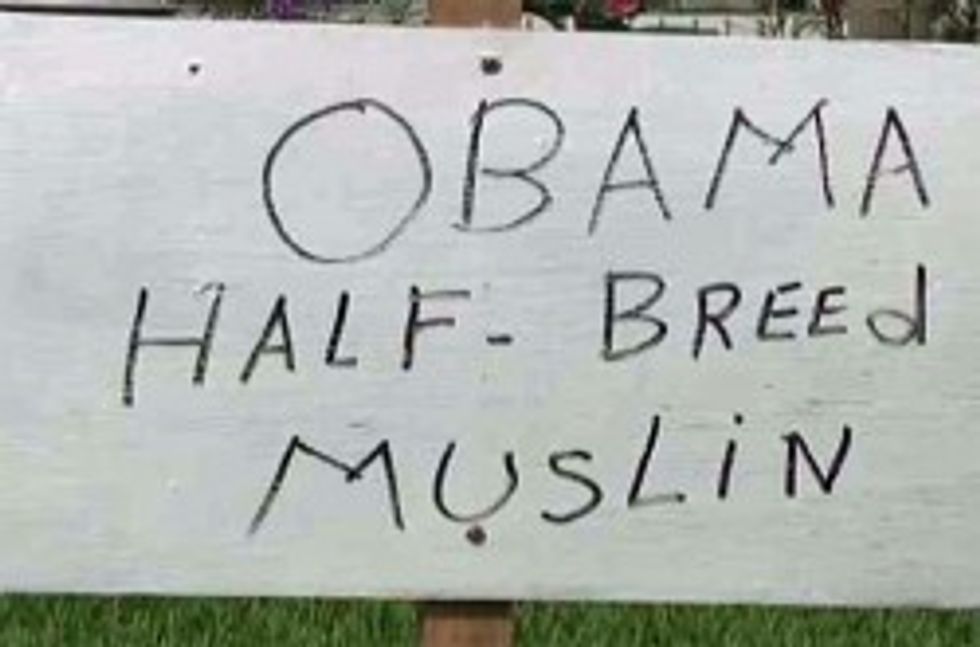 According to Herman Cain's latest terrorismism reports from Tennessee, he can safely tell us that whatever the Mooslims over there are up to these days, it is "not innocent." Tennessee is practically Afghanistan, is how bad things have gotten, which means that it is full of poor, mostly illiterate people ruled by intolerant religious fanatics andopium meth addiction. So because of this, the jihadists hiding out there want to build another mosque, a request legally known as "rape of the First Amendment," because free exercise of religion is magically its total opposite whenever a Muslim practices it.

What exactly is it that the terrorists want? A mosque, they just want to build a mosque, known in English as a "church." For worshipping, on their own, their own religion, which is unlike running for office and trying to write legislation in a number of ways. Herman Cain can't tell those ways apart.

"Our Constitution guarantees separation of church and state," Cain explained. "Islam combines church and state. They are using the church part of our First Amendment to infuse their mosque in that community and people in the community do not like it, they disagree with it. Sharia law is what they are trying to infuse... What I am saying is American laws in American courts."

"Couldn't any community then say we don't want a mosque in our community?" Wallace asked.

Yes, silly Islam with all its "laws," they should just have something more like the Bible, that book about dinosaurs. [RawStory]