Herman Cain, Ken Blackwell Team Up For Most Ludicrous Video Ever 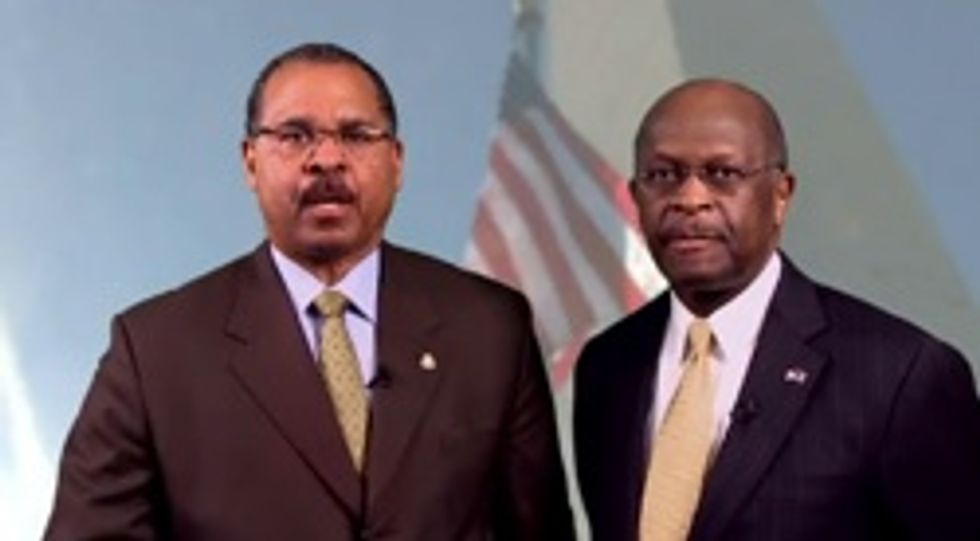 Herman Cain and Ken Blackwell, the former Ohio secretary of state who STOLE THE 2004 ELECTION WITH MACHINES, haveteamed up to produce this video about the Right to Vote. They do so by criticizing the Justice Department's attempts to ensure black people can vote in the face of new laws that are clearly trying to suppress black turnout. And how could DoJ also refuse to pursue the New Black Panther Party scandal? Herman Cain and Ken Blackwell would have pursued it, for civil rights.

This is such incredible bullshit, and we don't know who they're expecting to fool. The opposite of what's happening is happening, the two black Republican operatives can confirm.