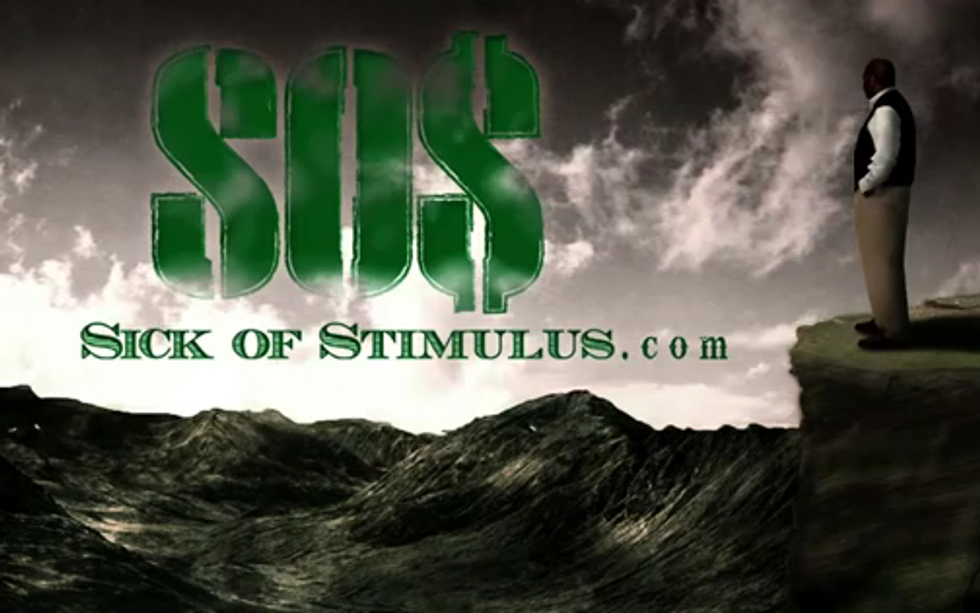 Herman Cain's taking advantage of the post-Santorum era, yes he is, with a new video reminding us of a tax plan too incomprehensible to distract America from true tales of sex and cash. Due to Cain's need to, maybe, provide himself and his family with food and shelter using super PAC funds, the video is rather LO-BUDGE. The evil-looking anemic child featured in the ad is only given four speaking lines, because we are forever in a deep recession, if King B. Obama has anything to say about it. Not all that different from a You Can't Do That On Television skit, "Chicken," as it is called, shows what happens when "the American taxpayer," the farmer star of this video, keeps feeding supporting actor "Big Government" (normal-sized chicken) large portions of his paycheck (genetically modified Monsanto grain feed) forever. The chickens just get hungrier and hungrier, nothing is ever enough, and then they eat the American farmer fellow. And then at the end there is this video game hero-esque version of Herman Cain (above) standing atop a mountain, looking out over his fake kingdom.

And if you go to the website above, you get this message:

This is a We The People Movement! Tell us what you are Sick of to give us the theme for our video ad! Vote and share with your friends!

But you must be very sick of the things. Sick with a capital 'S.'

The entirety of the script of the video, now:

LITTLE GIRL: This is the average American taxpayer.

Chickens can be heard clucking in a maniacal way that sounds like...laughter?

So in case you missed the message, instead of giving money you don't have because you are unemployed to the government, give it to Herman Cain, so that he can continue to make videos starring people who couldn't even make it into their high school's Intro to Improv course! [YouTube]