Herman Cain's Illegal Immigration Platform: Fry Them All To Death 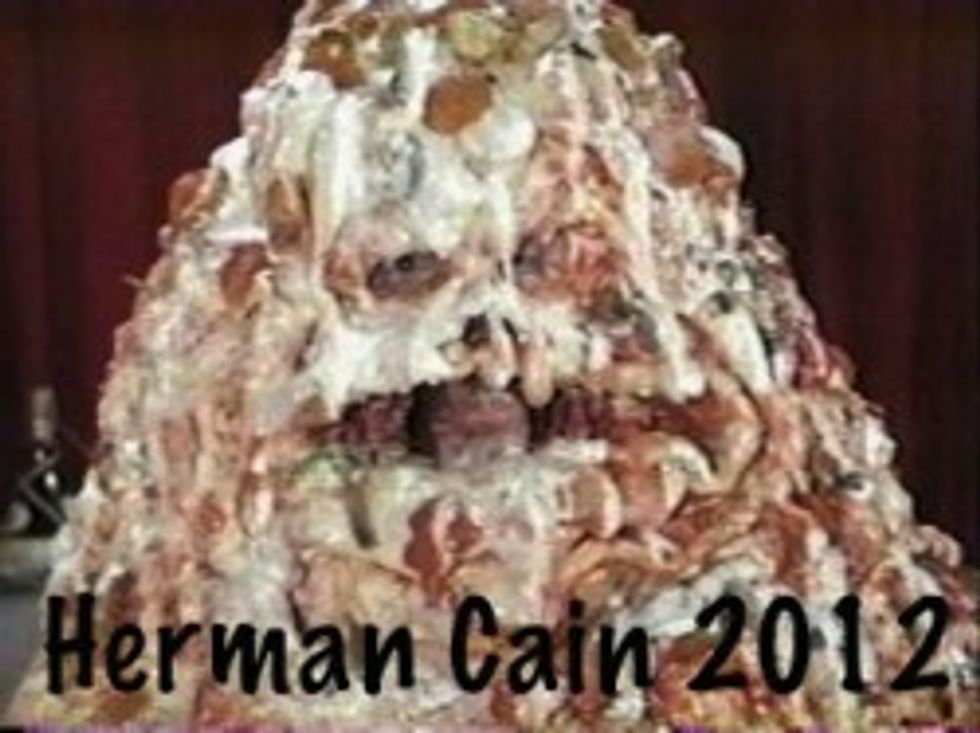 There is so much insane information about Herman Cain floating around right now that we do not even know where to start! Herman Cain is pro-drunk driving, Herman Cain is just a Satanic lab experiment developed by the Koch brothers... oh fine, let's go with the most ludicrously bloodthirsty quote, the one about Herman Cain's plan to Deal With Immigration. Easy enough! Just zap the illegal alien fuckers to death with an electrified border wall: “It’s going to be 20 feet high. It’s going to have barbed wire on the top. It’s going to be electrified. And there’s going to be a sign on the other side saying, ‘It will kill you — Warning.’” What a nice way to decorate America's border, with charred Mexicans hanging over the entrance! (The bodies must be left up there as a deterrent, obviously.)"Teabagger mistletoe" is what we can call it. And what if this still miraculously doesn't keep them away?

The [border wall] remarks, which came at two campaign rallies in Tennessee as part of a barnstorming bus tour across the state, drew loud cheers from crowds of several hundred people at each rally. At the second stop, in Harriman, Tenn., Mr. Cain added that he also would consider using military troops “with real guns and real bullets” on the border to stop illegal immigration.

As a bonus, the electrified fence will also kill any of the freedom-haters trying to get out. Win-win. [NYT]