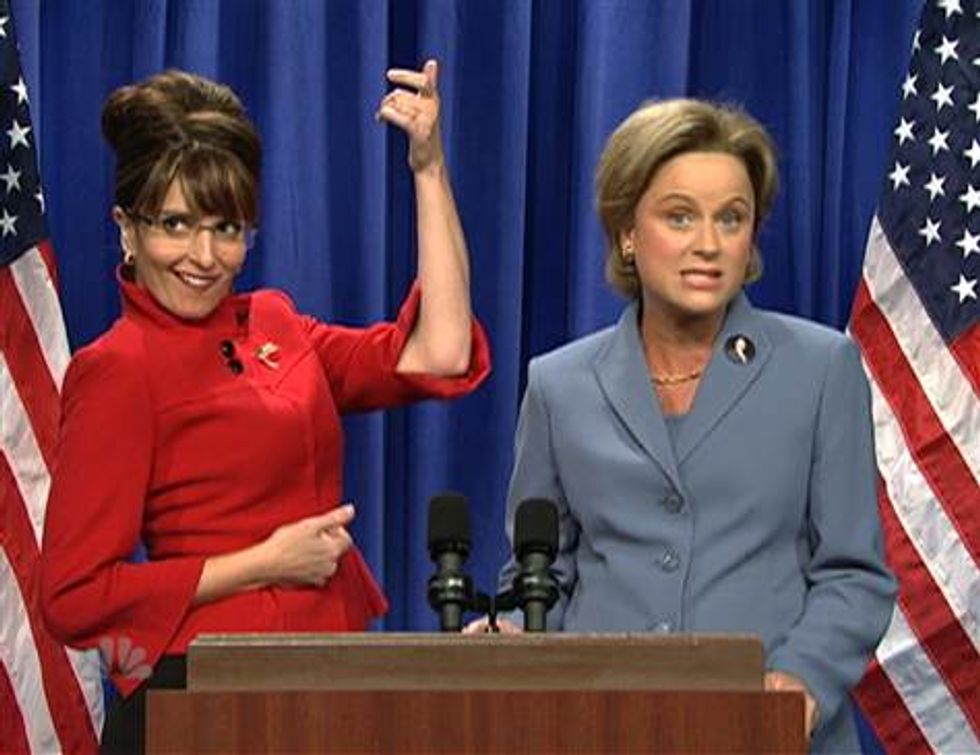 Dan Calabrese, a blogger for Herman Cain's website -- Herman Cain does not "write" things, obviously -- has a pretty trenchantpolitical analysis today that explains that Hillary Clinton isn't quite the experienced political badass that everyone thinks she is! Her resume only looks impressive, but it actually is not, because:

a) she didn't achieve anything of note in the positions she held; and b) she only got them in the first place for the purpose of positioning herself to run for president.

Yep, being a U.S. Senator and Secretary of State are pretty much softball jobs, no heavy lifting. And anything she did do is tainted by a desire for higher office. Got it.

Just to remind us of what really matters for a woman in politics, Calabrese adds, "I'm going to avoid the emperor/clothes metaphor in this case because for all I know you just ate." Haw Haw, ugly old naked lady joke!

But let's get right to the point. If the GOP wants to take advantage of Hillary's utter lack of qualifications, it needs to recognize that "You can't attack Hillary for never having achieved anything if you nominate someone about whom you can say much the same."

Calabrese then looks at a few sample candidates (Mitch Daniels, zzzzz, Rick Perry, oops) and notes that they have some really solid achievements, like Daniels' passage of a right-to-work law, that far surpass anything Hillary has ever done. But Republicans have to be careful not to fall for the liberal media's trap of "elevat[ing] political performance art above real achievement," because that's how Hillary became a star herself. And then Calabrese builds to the Big Reveal: who, among all the possible Republican candidates, can claim to have gotten more done for America than Hillary Clinton? (Oh come on, for the sake of suspense, pretend you didn't read the headline.)

By the way, in a half-term as Alaska governor, Sarah Palin could tout far more achievement than Hillary has ever had.

Well of course! Clinton has only met with world leaders, while Palin, taking the long view, has kept an eye on them rearing their heads over the horizon.

And it is here that Calabrese ends his column, presumably because Palin's performance-art-free accomplishments speak for themselves. It may have something to do with how he thinks she looks naked.