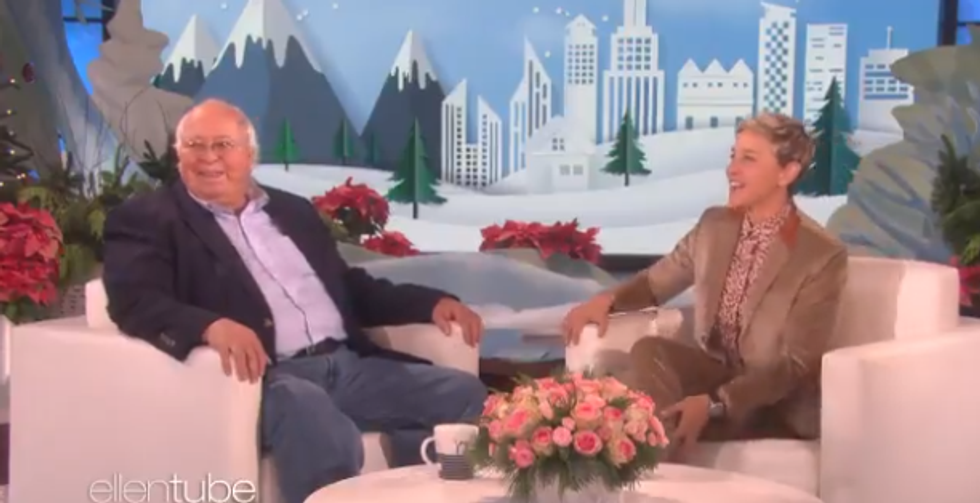 Hi it is Friday afternoon and we are so OMG tired and everything in the world is the worst. EXCEPT! Remember how one million years ago (Tuesday) Democrat Doug Jones kicked Judge Roy Moore's kid-toucher ass in the Alabama special Senate election? Roy is all "I am waiting for Jesus to certify the results," which is silly because Jesus is a Doug Jones supporter who PROBABLY will Lake Of Fire old Roy at the first opportunity, whenever Jesus's dad God declares BOOK OF REVELATION ACTION HERO SHENANIGANS!

One person who helped Jesus give Roy Moore the ass-kicking he deserved was southern Alabama peanut farmer Nathan Mathis, who stood in the cold outside the final Roy Moore rally with a sign commemorating his daughter Patti Sue Mathis, who committed suicide in the 1990s because she couldn't handle being gay. Mathis admitted he was anti-gay at the time, too, but he's learned and changed his feelings about that, under the saddest and most tragic of circumstances. Mathis's interview with national news reporters while he held that sign went kind of viral, as he, a simple country southern guy, begged his fellow Alabamians not to let an unreconstructed bigot like Roy Moore represent Alabama in the Senate. He suffered the worst loss, and he doesn't want other people's kids to end up like Patti Sue because they were beaten down by a hateful society.

AND HE GOT TO GO ON ELLEN. And he is as delightful as you'd think he would be. Turns out he was already a big Ellen fan before she flew him to LA!

We're not going to spoiler any of this, because it is all wonderful, and because you need to do what we fucking say for once when we tell you to WATCH THE VIDEO. We will say, though, that you don't want to miss his story about the first guy he asked to print his "Do Not Vote For Roy Moore" sign.

Patti Sue Mathis, your death was not in vain. Your father is changing the world in your honor. pic.twitter.com/92g4Izmfwr