Hero Anti-Vaxxer Doctor: Go Ahead And Skip Your Kid's Vaccines, Let Other Parents Be Responsible 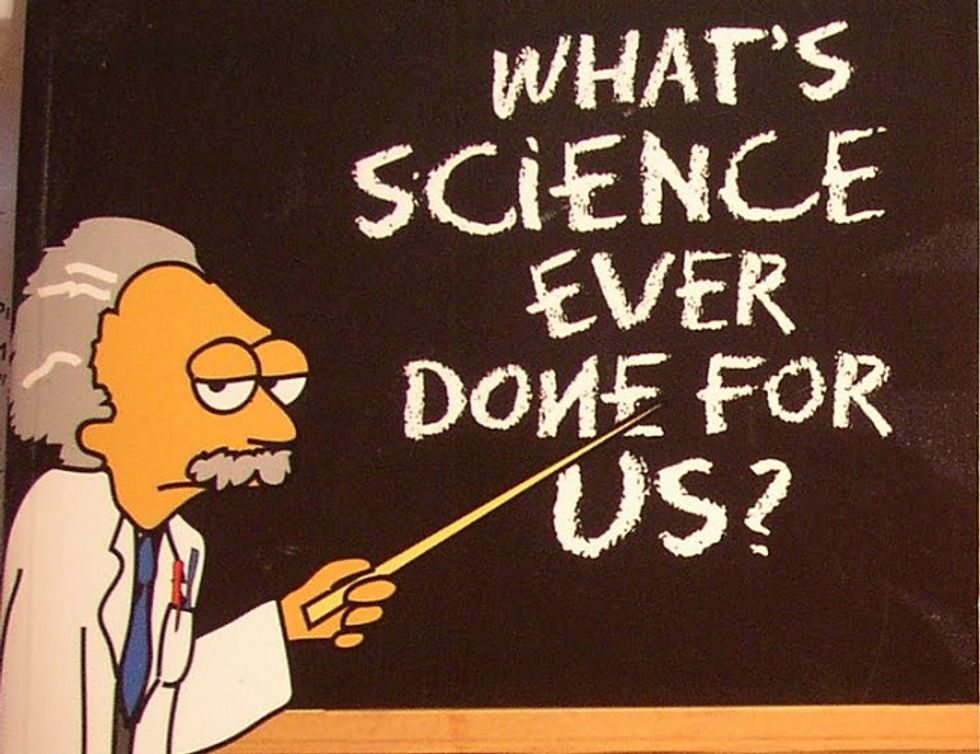 It's hard to believe, but some parents are pretty darned sure science is a hoax, and they'd prefer to take their medical advice from Jenny McCarthy, Not M.D. But Former Game Show Sidekick So Even Better! And the anti-vaccination movement is working out terrifically well so far, what with the skyrocketing rates of diseases once thought extinct and the occasional outbreak of measles among church members convinced vaccines are the devil's semen, or whatever -- although, after at least 10 people in a Texas congregation came down with a case of the gee-maybe-we-shouldn't-reject-vaccines, they realized, upon a closer read of the Bible, that since The Jews "did not die out during the plague," probably because they followed the biblical instructions on "how to be clean" and "disinfect," maybe God wanted them to wash their hands, spay and neuter their cats, and VACCINATE THEIR GODDAMNED KIDS after all.

The good news for parents who believe that polio is retro hip and immunizing against the flu causes autism is that there is an actual doctor out there who is perfectly happy to tell these parents just what they want to hear. His name is "Dr. Bob" Sears, and his dad is a doctor too and has been on the teevee a lot, so you know his expert opinion is at least as valuable as McCarthy's. Also too, he wrote a book. So there you go.

It's not that Dr. Bob is completely anti-vaccine, even though "about half his patients forgo vaccines altogether," which is probably sheer coincidence. It's just that he thinks parents should hear more than "one side of the issue" because it's really unfair, when you think about it, that parents usually only hear the science side and not the rumors on the interweb side, and they deserve a doctor who can reassure them that they are not idiots and yes, that tinfoil hat is totally fashionable.

Um ... uh ... but, you are probably thinking, what about recent reports of record-high outbreaks of preventable diseases? Like the announcement from the Centers for Disease Control and Prevention earlier this year that 288 cases of measles were reported between January and May this year, "the largest number of measles cases in the United States reported in the first five months of a year since 1994." And that "[n]inety percent of all measles cases in the United States were in people who were not vaccinated or whose vaccination status was unknown." And that the majority of those people -- 85 percent -- were not vaccinated for "religious, philosophical or personal reasons" because they worship at the Church of Jenny McCarthy or subscribe to the philosophy of the King of Conspiracy Theories, Alex Jones, who has warned parents (with a straight face no less!) that vaccines contain "cancer viruses."

Pffft! says Dr. Bob. All of that needless fretting about unvaccinated children infecting their friends and spreading once-contained diseases throughout their community because their parents are idiots is utterly misguided, and like any good whackjob, he knows who's really to blame.

He has also argued that public health officials and the media can exaggerate the dangers of outbreaks.

When measles cases began showing up in Orange County this year, Sears asked on his Facebook page why people were panicking. "Here's one reason: the ^$#@*&%&*$# media," he wrote.

That's right, it's the ^$#@*&%&*$# media whipping everyone into a frenzy for no good reason whatsoever. Just because we are seeing a higher rate of people foregoing or delaying vaccination, and just because we are seeing a higher rate of reported diseases that can be prevented by vaccination, and just because those diseases are overwhelmingly reported by people who are not vaccinated -- well, that's no reason to jump to conclusions. Other than the obvious conclusion that the ^$#@*&%&*$# media should shut up about that already. There's no reason to blame these parents who refuse to vaccinate their children. Like, for example, this one Dr. Bob fan, who has decided to delay vaccinating her children -- but for a really good reason.

"It's not really research-based," she said. "It just feels better and safer to me."

In the future, which is now, science will be based not upon "research" and "evidence," which might give results you don't like, but upon feels. Here's the best part, though, of the Dr. Bob disease prevention plan.

At a conference this year in Rancho Mirage, Sears told a roomful of pregnant women, new mothers and healthcare professionals that vaccines work well and are responsible for the nation's low disease rate, something parents who don't want to immunize can take advantage of.

"I do think the disease danger is low enough where I think you can safely raise an unvaccinated child in today's society," he said. "It may not be good for the public health. But … for your individual child, I think it is a safe enough choice."

In other words, vaccines really do work and really do keep disease rates lower and really are a benefit to the entire community. But screw that. If your "feelings" tell you that "research" is a bunch of bunk, go ahead and be a selfish bastard and refuse (or "delay") vaccinations for your children. Sure, it might endanger the whole community, but that's why you can rely on other responsible adults to do the right thing to keep preventable diseases in check, which will also benefit your kids without, so everyone wins.