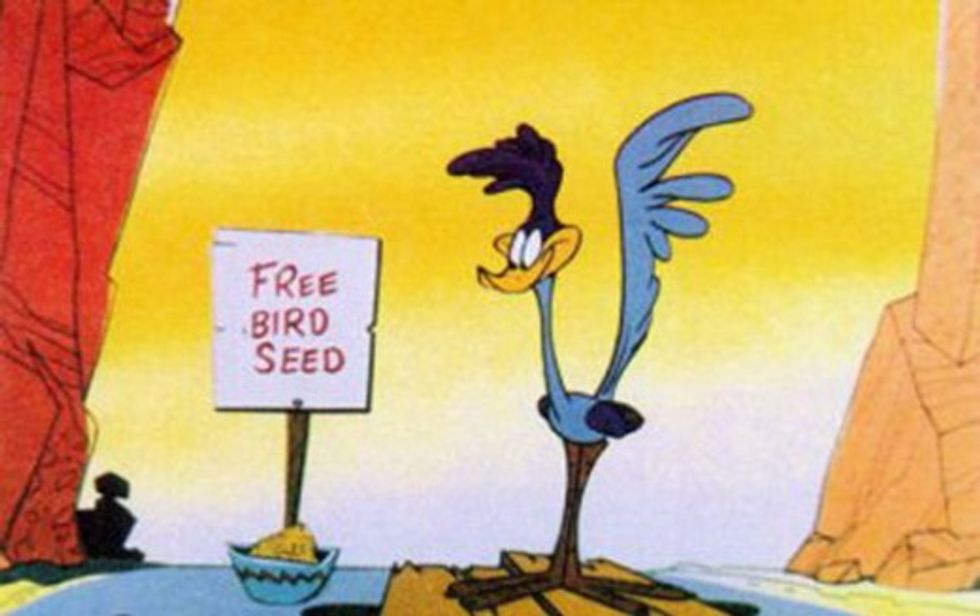 Hey, this is a funny trick!Crooks and Liars lets us know that Republican members of the California Assembly have been sending out informational mailers (PDF link) directing people to a website that will answer all their questions about the new healthcare law. Isn't that nice of them? The mailer directs them to CoveringHealthCareCA.com, which looks like a super-official health insurance site, but is actually run by the Assembly's Republican Caucus, and provides decidedly slanted "resources" about the dystopian future of healthcare.

Does the mailer include a URL for the real state exchange, CoveredCA.com? Don't be silly! It does at least mention the name of the place, so you can go google it, and the fake website has a teensy-tiny link to Covered California on its homepage, without any mention of what it is. Hey, the whole point of the free market is that people need to make careful choices, so maybe California Republicans are just helping constituents learn a valuable lesson about being skeptical shoppers.

Once they get to the fake site -- and we'll give them some minimal credit; at least the graphic design is very different from the legitimate website -- users are greeted with several options to help them understand how the ACA works, with an emphasis on just how bad it is and how expensive it will be.

Choose one of those options and you'll get a mix of fact and editorial, with outbound links to scary articles about the ACA's "failures." If you already have insurance, you'll find out that you may be able to keep it, but that's not guaranteed -- your employer could drop you, and if you buy your own insurance, "you may have to buy a more expensive plan." If you have Medicare, you don't need to buy new coverage, BUT there's a whole paragraph about the big cuts in provider reimbursements that will almost certainly lead to "the exodus of doctors from the Medicare system."

And so on. People who don't have insurance will find some actual information, but the largest feature on that page is a rate calculator -- not a calculator for insurance premiums, but for the IRS penalty that you will have to pay if you don't get insurance. As far as what kind of insurance is available, readers are told

Wow, just four plans? Damn that Obama and his choice limitations! In reality, there are four levels of insurance coverage -- the bronze, silver, gold, and platinum coverage options -- each of which includes many different plans. Pfft, silly details.

And here's the kicker -- the mailers directing people to the fake "CoveringHealthCareCA" site appear to have been sent at taxpayer expense, because after all, elected officials have a duty to keep their constituents informed. Or misinformed, whatevs.