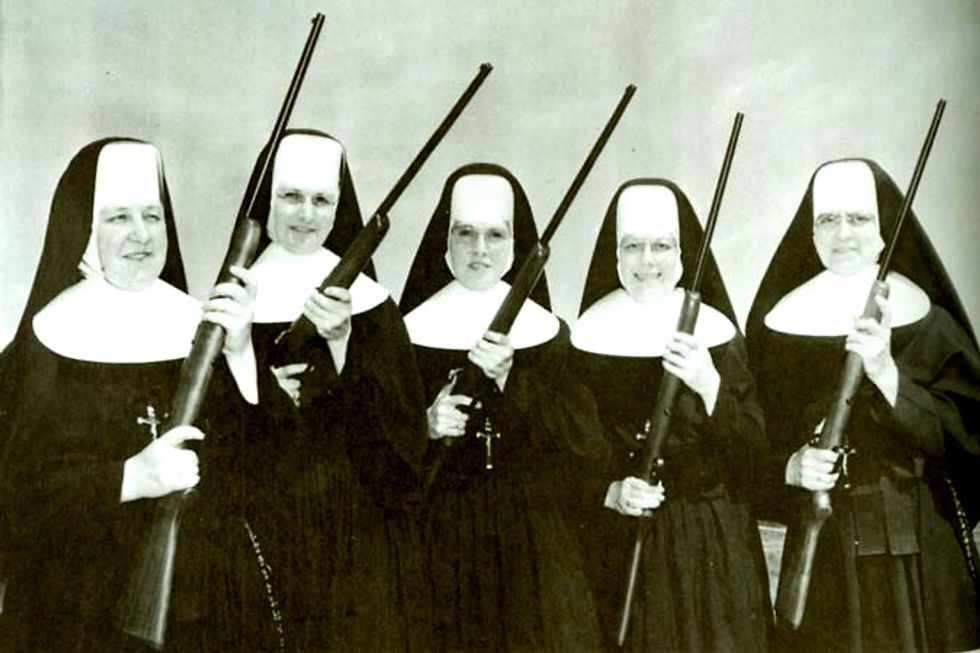 Nuns are so sweet and all, trying to help others and whatnot, but they really should maybe think twice about all the barnstorming they are doing around the country lately until they take a class in civics, or math. This barnstorming, it is dividing America, says Rep. Scott Tipton (R-Money), a Romney surrogate from Colorado who spoke to ThinkProgress after the debates last week. The nuns should probably work on job creation, rather than on just coddling the poor and turning them into a gigantic moocher class.

[ThinkProgress'] KEYES: What did you think about the nuns who are going out and barnstorming across the country, campaigning against the Ryan budget?

TIPTON: I think one of the important things is that we often get people that want to try and divide. No one, Republican or Democrat, wants to hurt any individual.

KEYES: Do you think they’re being divisive?

TIPTON: I think pointing to this without the understanding apparently that we’ve got to be able to pay for those different programs. So how can we best deliver them in the most efficient way? What’s the best way to really address needs and concerns that people have right now? Wouldn’t it be better to actually create an environment where they could get a job and provide for their families? That’s what we’re pushing hard on.

Yes, nuns. Instead of advocating for the poor, take a hint from all those pastors who defied the IRS this weekend and formally endorsed Mitt Romney. That's the best way to help the poor. After all, this is AMERCIA.