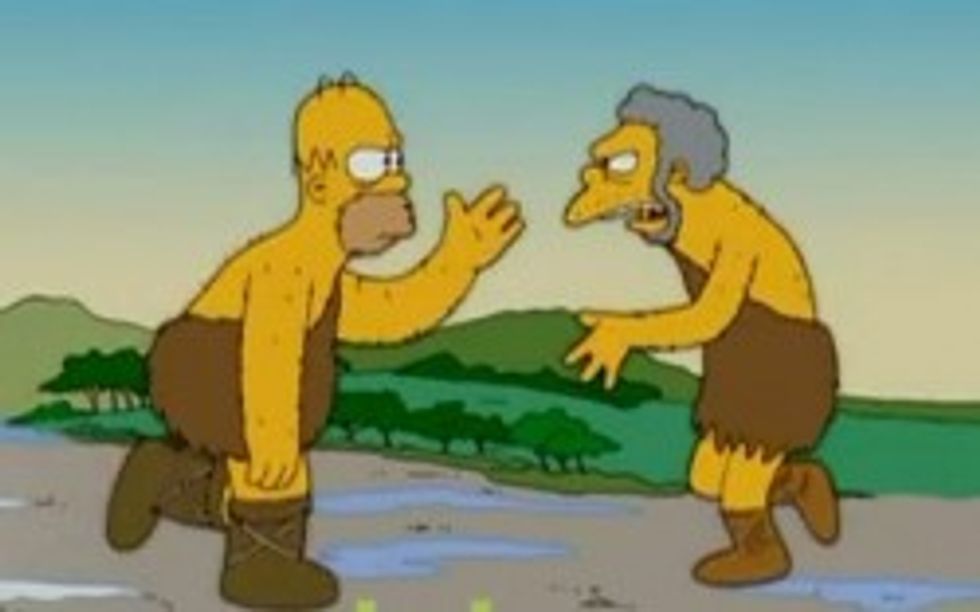 Dinosaur Wars 2011 brings you this update from Gainesville, Florida, where creationist wingnuts areattacking the vehicles of University of Florida biology professors with religious pamphlets and rusty nails, because that's how you formulate an argument if you're an idiot. Or... we don't know, maybe it's secretly clever, because these individual specimens are among the best evidence to support the theory that even if evolution once existed among humans, probably now it has just given up. Which still means evolution loses, therefore wingnut victory. Has the strategy finally become a self-fulfilling prophecy?

Eh, we'll go with no, that is too much credit. They mostly sound annoying.

From the Independent Florida Alligator:

In a string of events occurring over the past four months, the professors' cars, which were parked in the Bartram-Carr Hall parking lot, were vandalized.

First, religious letters were left on the cars, and then pro-evolution bumper stickers and Darwin-fish emblems were scraped and torn from the vehicles. Most recently, nails were put into the tires.

One of the victims, Brian McNab, said he noticed a problem with his white Volkswagen when air continued to come out of the tires even after he had re-inflated them.

McNab took the car in for an inspection, and two two-inch nails were found and determined as the cause of the flat tires.

"I can't prove who did it and I don't want to jump to any conclusions," McNab said. "But I think it's obvious that it's someone who has a strong opposition to evolution."

This is one of the real reasons, by the way, that the jobs crisis is so tragic. America's unemployed nimrods have nothing better to do than furiously scrape bumper stickers off the backs of cars in the middle of the Florida summer heat, for Christ's sake. [Independent Florida Alligator]