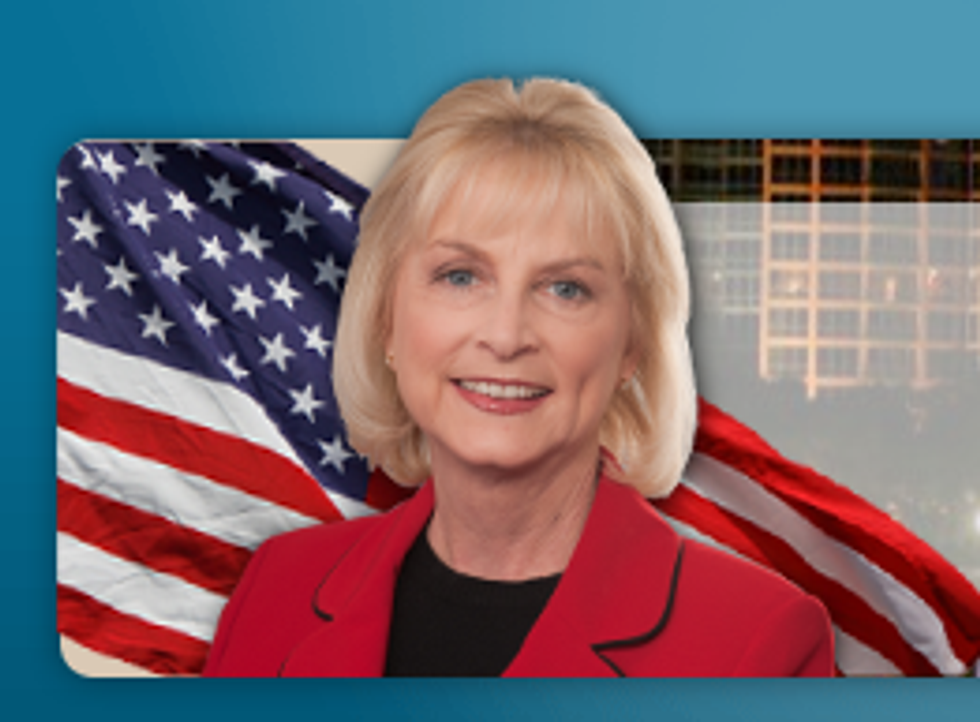 Florida GOP Rep. Sandy Adams heard a thing on the Internet, and she will fight it with her very last breath! Is it that thing on the Internet aboutGirl Scouts = abortion? No it is not that one. Is it the one about Michelle Obama sexing up her unnamed Secret Service agent? No, that is not against the law yet! Is it this sad, dated thing about Barack Hussein NOBAMA declaring martial law? Yes, it is that one, and Sandy Adams -- with an assist from Man of the Hour Allen West! -- is here to do something about it!

As written, the executive order outlines the powers the president can exercise "in the event of a potential threat," such as mobilizing for war. These range from the mundane, such as preparing disaster plans, to more robust authority that includes taking control of civil transportation and forcing U.S. companies to prioritize defense contracts.

But has all this been on the books for decades?

All this has been on the books for decades. Experts on national-security law say the big difference between what Obama signed and the version in place since President Bill Clinton was in office is reference to the Department of Homeland Security, which wasn't around then.

But Sandy Adams, in her first term in Congress, is not having any of that nonsense, and she knows a FEMA Camp when Drudge tells her about one!

Adams, in a brief interview, said Obama's order could unconstitutionally expand the president's authority and cited as an example its inclusion of a section of the Stafford Act, which defines the government's role in dealing with disasters.

"It is my first [term] in Congress. I know we are responsible for oversight," she said.

But the section of the Stafford Act deals primarily with disaster preparation and training. In regard to civilian labor, it requires workers on construction projects be paid fair market wages and overtime if they work more than 40 hours in a week.

When asked how this could equate to civilians being forced into labor, an Adams spokeswoman said the congresswoman was trying to ensure there was "no misunderstanding as to the powers of the executive."

That does not sound like she really answered the question, hmmmm! Almost as if there is no possible not-insane answer to this troublingly logical query! Meanwhile, Allen West and 36 others have cosponsored Sandy Adams' not at all imaginary bill focused on a not at all imaginary problem. Because if Barack Obama can mandate a fair wage and overtime in the face of a national emergency, there is nothing the Jackbooted Thug In Chief cannot do! FREEDOM! [OrlandoSentinel]