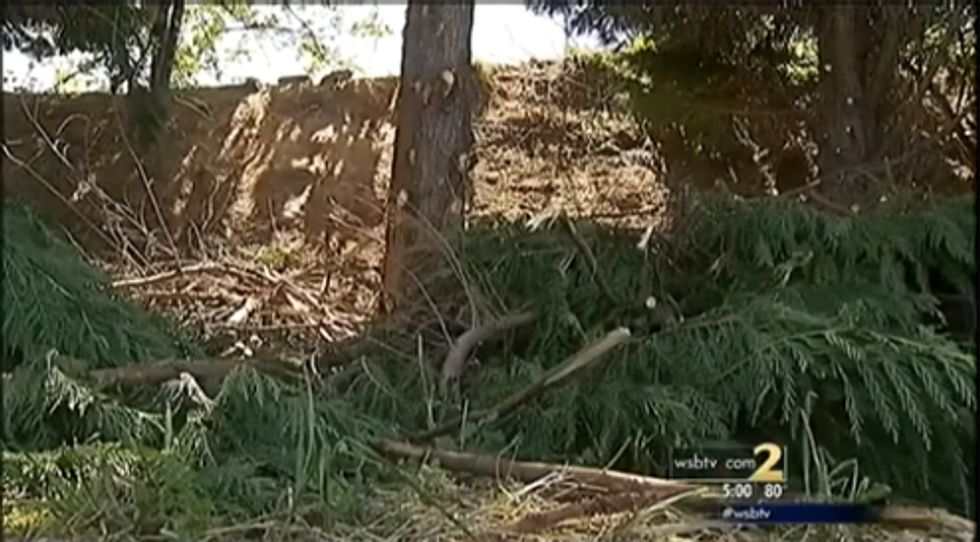 In Henry County, Georgia, the cops take the"broken windows" theory of crime really really seriously, so when police officers responded to a 911 call about kids building a tree fort, one of the cops advanced on the children with his gun drawn. Can't be too sure, you know? Janice Baptiste, the mother of 11-year-old Omari Grant, has filed an excessive force complaint against the police department, apparently unaware that only strong action can prevent children from turning into thugs.

A neighbor in a nearby subdivision called 911 to report that several boys were playing in a vacant lot, breaking off tree limbs to make their fort. Two police officers arrived, and Omari said that one of them had his gun drawn:

"I was thinking that I don't want to be shot today, so I just listened to what they said," Omari said.

Omari said the officer holding his gun also used foul language and made him and his friends lay down on the ground.

Apparently, part of the problem was that Omari had at some point been taught that police are "supposed to help you not make you feel scared to even come outside," a misconception that he is fortunate to have had rectified at such an early age. It was unclear from reports exactly whether he learned the myth that police are supposed to help people at school, home, or both.

Edgar Dillard, the husband of the woman who made the 911 call, says that his wife was only concerned for the kids' safety, as well as for the damage to the trees: "There were falling hazards, tripping hazards, all types of hazards, so No. 1 was concern for the children and concern for the environment," he said. When a reporter told him that one of the officers had pulled a gun on the children, Dillard said "Yeah, that's pretty shocking to hear that a gun was pulled on a child."

Police are investigating the officers' actions; police Sgt. Joey Smith said, "If it was justified then we'll deal with it, if it wasn't we'll address it as well." Smith didn't elaborate on what exactly justifies a cop pulling a gun on an eleven-year-old in a suburban tree fort construction scenario. The story doesn't appear to have made it to The Blaze or Daily Caller yet, but it's obvious that the problem is no father in the home.