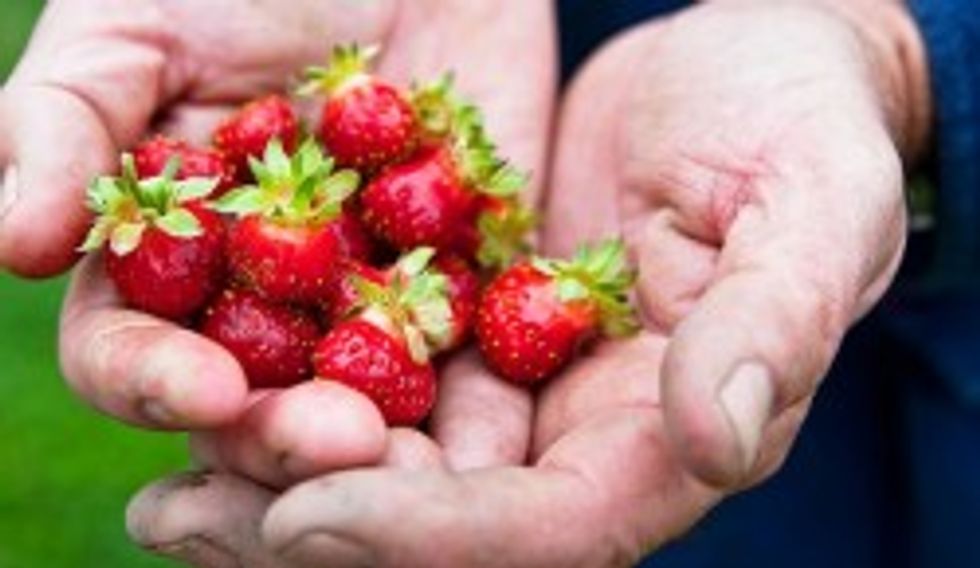 During the phone calls, he says he asked staffers some variation of the question "What are rural gays supposed to do if the only gas station or grocery store for miles won't sell them gas and food?"

Castro says the staffer at Hewitt's office surprised him with the answer "Well, gay people can just grow their own food."

But we think Mike Hewitt's idiot staffer makes a lot of sense. If a gay lives in the city, he can probably find someone to take his filthy homosexual money. And if he is in the country, he can just have an artisanal cheese farm, and then barter with the lesbies up the road who have the artisanal honey and organic herb thingie, and then maybe they can find some Pakistani immigrants or whatever with their artisanal Pakistani mutton, and then they can all swap with the veteran who sells artisanal weaponry. As long as they can find someone to sell them the gasoline that gets them all around the state of Washington to do their fun pioneer-times bartering. Maybe they could barter for a horse and buggy?

Religious discrimination: It's not just for customers who believe the Bible says "negroidal" people shouldn't touch their groceries any more! It's what is not for dinner.