Hero Marylander Will Simply Not Have Gays On His Trolley, He Will Not 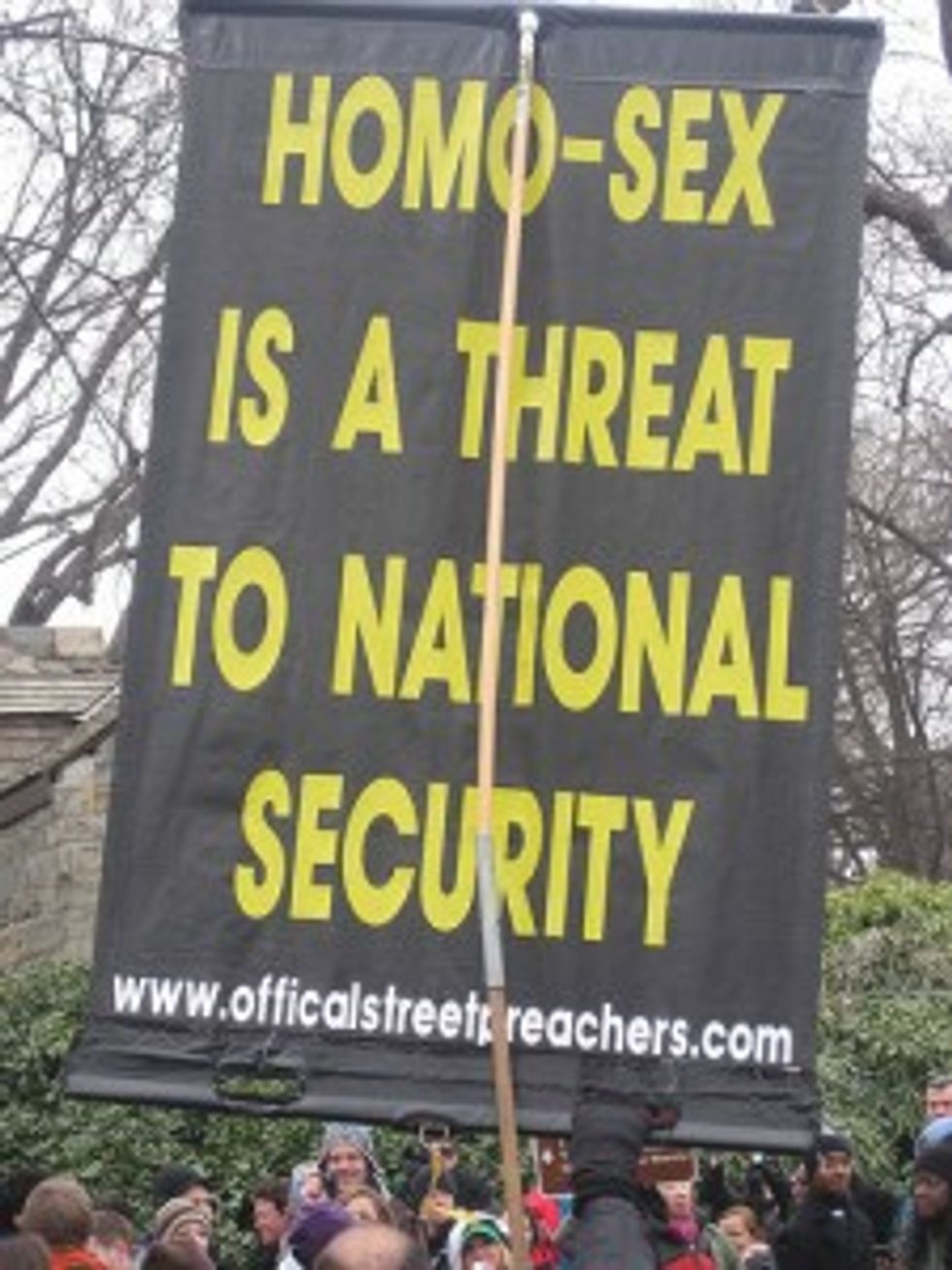 There is injustice in Maryland, friends. A serious threat to civil rights. It's about their ballot approval of gay marriage — it's kicking in, and it's causing serious issues.

The victims are upstanding business owners like Discover Annapolis Tours' Matt Grubbs, who wants only to exclude gay people from the marriage services he provides on his trolley, because gross, gay people, amen.

While the legislation passed in November specifically exempted churches from having to perform marriages that violated their doctrines, there was, SOMEHOW, no such exemption for trolley companies that just happen to be owned by people who don't want gays getting all married up.

The Baltimore Sun profiled Grubbs' plight; it is unclear whether it was intentionally assigned to a reporter named "Cox," but it must — simply must — have been intentional to illustrate the story with a photograph of Grubbs literally polishing a pole.

The owner of Discover Annapolis Tours said he decided to walk away from $50,000 in annual revenue instead of compromising his Christian convictions when same-sex marriages become legal in Maryland in less than a week. And he has urged prospective clients to lobby state lawmakers for a religious exemption for wedding vendors.

Yes! Lobby your lawmakers! This bill has the same problems the Civil Rights Act had: It outlawed racism, but it didn't provide an exemption for people who wanted to be racists.

This is different, of course. Show us why, Guy Who Travels Around Fighting Gay Rights:

"This is exactly what happens," Schubert said, adding that religious liberty is "right in the cross hairs of this debate. … The law doesn't protect people of faith. It simply doesn't."

Crimeny, it's in the Constitution! FREE EXERCISE. That means kicking homos off your trolley, for freedom.