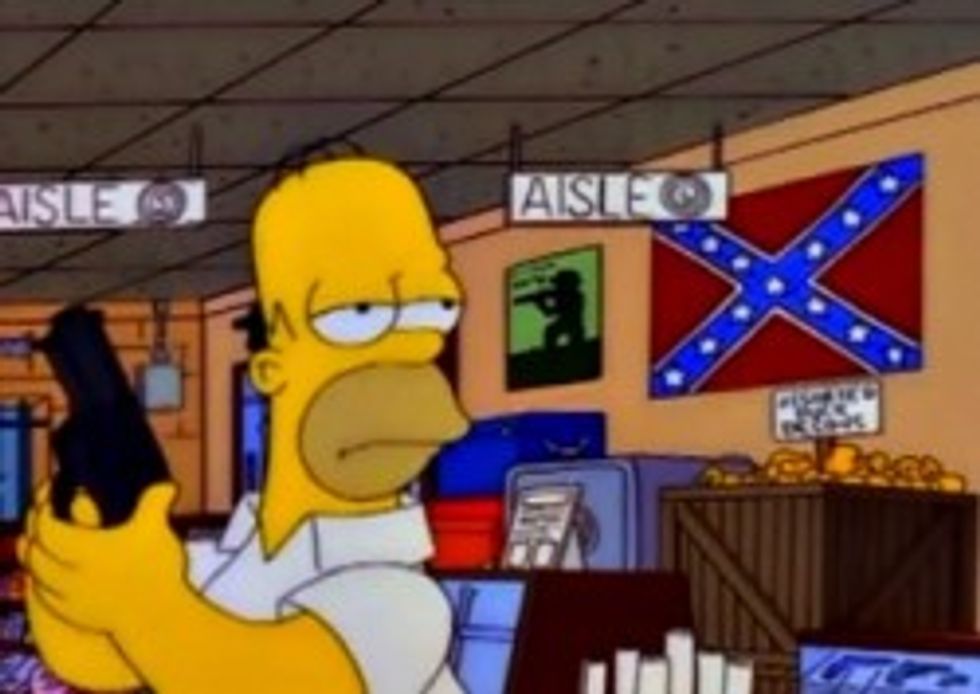 An unnamed man, exactly the type the NRA wants guarding your children’s schools, brought his loaded .22 caliber pistol to a Macomb County, Michigan flea market gun show. They told him to “clear” his weapon, i.e. remove the bullets, before he could see all the cool guns. That’s when he shot himself in the leg on accident.

“They have a policy that no loaded weapons are allowed in the facility. They have a clearing area where they ask those entering to clear their weapon,” Macomb County Sheriff Anthony Wickersham said. “He was clearing his weapon. It discharged and (he) shot himself in the leg.”

The man, identified as a resident of Harrison Township, was taken by Mount Clemens Fire Department paramedics to McLaren Macomb hospital in Mount Clemens for treatment of the non-life threatening injury.

So, what Sheriff Wickersham—real name, seriously—is actually saying is that no one at a gun show is carrying a loaded weapon? You know who doesn’t abide by these “no loaded gun” rules at gun shows? Besides idiots who literally shoot themselves in the foot? Criminals.

All those gun enthusiasts innocently browsing the latest firearms, coolest survivalist gear, and Hitler’s china—there’s almost always some of Hitler’s china on display at gun shows—are sitting ducks for the next crazed mass murderer all hopped up on video games and birth control.

Maybe what we should do is let brave Americans, like our friend with the .22-sized hole in his leg, carry loaded weapons at gun shows. For safety. At the very least, there's one guy who'll be less of a threat to himself and others if he doesn’t have to remove the bullets. [Macomb Daily]