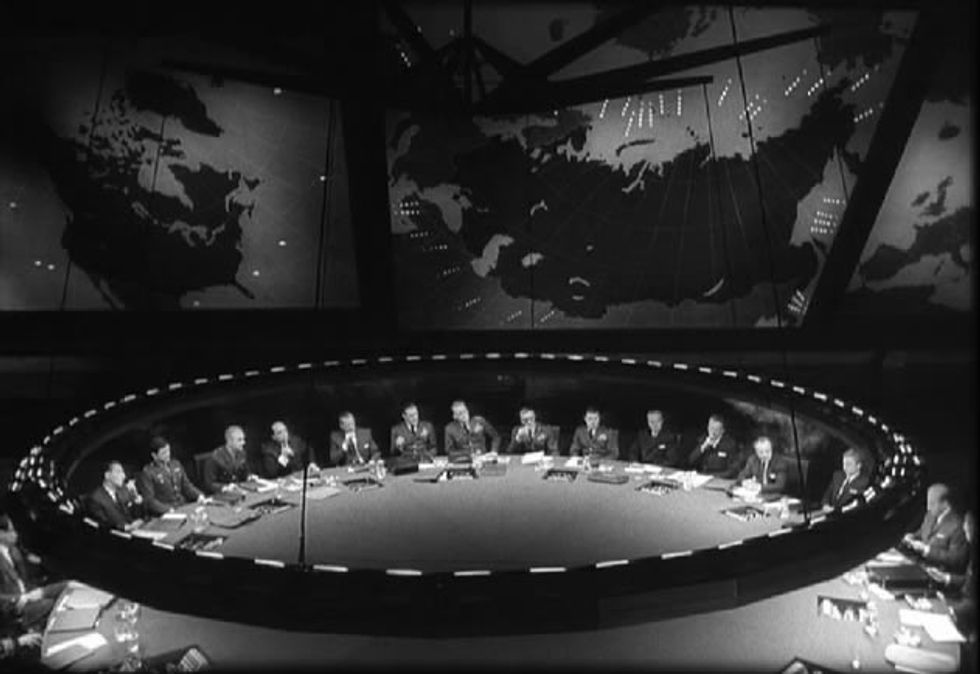 Texas Attorney General Greg Abbott doesn't hold with having his state's elections tampered with. He simply will not have it! And so, in a perfectly reasonable move that is not the least bit dickish or calculated to pander to constituents' raging xenophobia, he hassent a strongly-worded letter to the Organization for Security and Cooperation in Europe, threatening to "prosecute any of its monitors who step within 100 feet of a Texas polling place on Election Day." Needless to say, the OSCE had actually been invited to observe U.S. elections by the State Department, as part of a program that has been in existence since 2002.

“If OSCE members want to learn more about our elections processes so they can improve their own democratic systems, we welcome the opportunity to discuss the measures Texas has implemented to protect the integrity of the elections,” Abbott wrote. “However, groups and individuals from outside the United States are not allowed to influence or interfere with the election process in Texas.”

But why is a foreign organization trying to observe our sovereign U.S. American elections anyway? Are they going to try and sneak some smelly cheese into the voting booths or make our corn-fed Texas cheerleaders stop shaving their legs or something?

Turns out it has a little something to do with Texas's attempts to ensure the integrity of its election process: The OSCE

had been pressed by a coalition of voting rights organizations to focus its monitoring efforts on states they believed were most likely to be impacted by voter restriction efforts.

Abbott’s letter stated OSCE representatives “are not authorized by Texas law to enter a polling place” and their opinions of voter ID laws were “legally irrelevant in the United States.”

Absolutely nothing for you outside agitators to see! Texas's nigras and Messicans are happy with the way things are, thank you very much, and we don't need you stirring up trouble. Abbott's letter also claimed that the Supreme Court “has already determined that Voter ID laws are constitutional,” although he sort of left out the teensy detail that Texas's photo-ID requirements have been blocked by federal judges and will not be in effect during the 2012 election.

Just to leave no doubt as to the actual audience for his letter, Abbott also

attacked Project Vote, one of the organizations asking for the focus, writing that it was “closely affiliated with ACORN, which collapsed in disgrace after its role in a widespread voter-registration fraud scheme was uncovered.”

The diplomatic fuck-tussle is part of a trend this year that includes that Texas sheriff who's asking for additional funds so his department can prevent a UN invasion of Lubbock, and Senate candidate Connie Mack, who released a statement earlier this week saying

“The very idea that the United Nations — the world body dedicated to diminishing America’s role in the world — would be allowed, if not encouraged, to install foreigners sympathetic to the likes of Castro, Chavez, Ahmadinejad and Putin to oversee our elections is nothing short of disgusting.”

As of press time, Texas's next move has not yet been announced. The response could range from mobilizing the National Guard to prevent an invasion by blue-helmeted foreign devils, to a more limited deployment of the 103rd Spittin' and Cussin' Brigade.