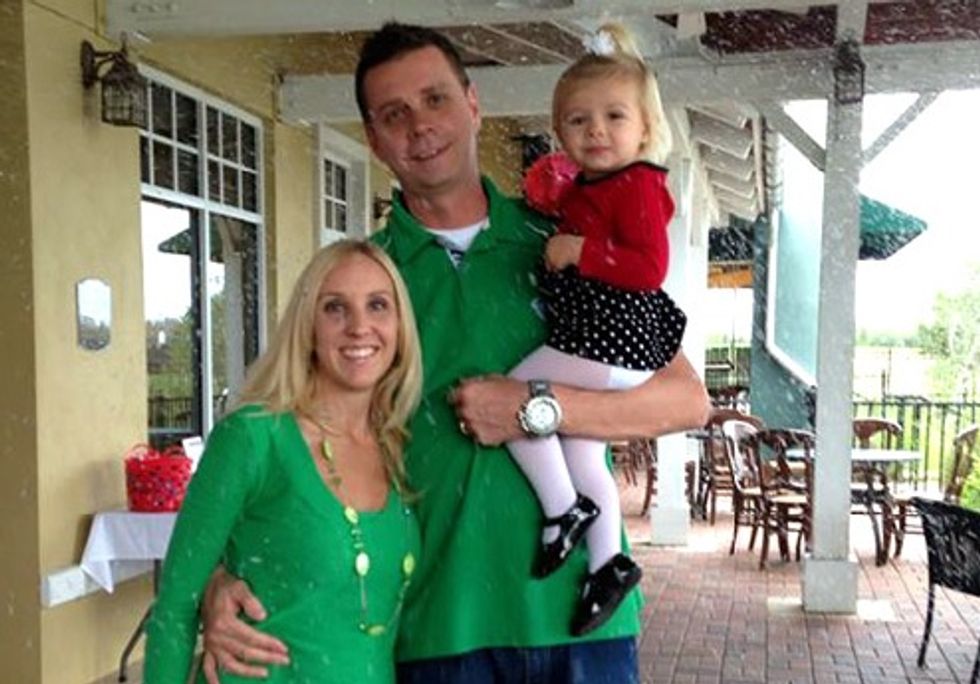 Curtis Reeves, a Responsible Gun Owner in Wesley Chapel, Florida, was ready to defend himself when he went to a matinee showing of "Lone Survivor" Monday -- ignoring the Grove 16 Theaters' ban on carrying weapons in the auditorium, no doubt because he knew, as do all Responsible Gun Owners, that mass killers target Gun-Free Zones specifically because they know they won't face an armed citizen who can stop them. Or maybe because as a retired Tampa Police captain, Reeves just felt better carrying a gun. And so, when he got into an argument with Chad Oulson over Oulson's texting during the previews, Reeves was ready for action, and after the argument escalated and Oulson threw popcorn at him, Reevespulled his gun and shot Oulson dead. Oulson's wife Nicole was wounded when she raised her hand in front of her husband; the round went through her hand and killed him. Just before Reeves shot him, Oulson reportedly said that he was texting his 3-year-old daughter.

After shooting Oulson, Reeves sat down and put his handgun on his lap; an off-duty Sumter County deputy sheriff who was also attending the movie got up and took the gun from Reeves, who was arrested and charged with second-degree murder. Two nurses who were in the audience attempted to give Oulson CPR, but he was pronounced dead at a hospital.

Pasco Sheriff Chris Nocco said that there appeared to be no justification for the shooting under Florida's "stand your ground" law, which we suppose is something.

CNN reports that after retiring from the Tampa PD in 1993, Reeves also worked as director of security at the Busch Gardens amusement park until 2005, which you might think would have helped him learn something about dealing nonlethally with rude people in an entertainment venue.

Since Oulson was a white, middle-class father who was not wearing a hoodie, we're not quite sure how the gun-fondling crowd will blame him for his own death; a few commenters at Glenn Beck's The Blaze have determined that Oulson's disrespectful behavior was the cause of his death; a few others declared Oulson a thug and said that it's high time to clean out the animals and Obama voters. All that remains is for Alex Jones to announce that the entire thing was a false flag operation calculated to allow Obama to seize everyone's guns.

At the risk of being labeled enemies of sacred Constitutional rights, Yr Wonkette would just like to review some rules regarding the use of deadly force: Despite the 2nd Amendment, you do not actually have the right to shoot anyone you are angry at, even during the previews for a movie. No, not even during the feature itself. It is still murder. No, really, it is still murder, even if someone behind you keeps repeating every laugh line or asking "who's that guy? Is that the guy she saw earlier?" You are actually not allowed to shoot them. It is not even legal to shoot people if they are being obnoxious assholes, even when you are right and they are wrong and you have a gun.

We hope this has been a useful review, although we have a sneaking suspicion that the people who really need to know these things don't read Wonkette.