Hey! Anyone Remember The 85,000 Other Times Chris Matthews Said Some Messed Up Things? 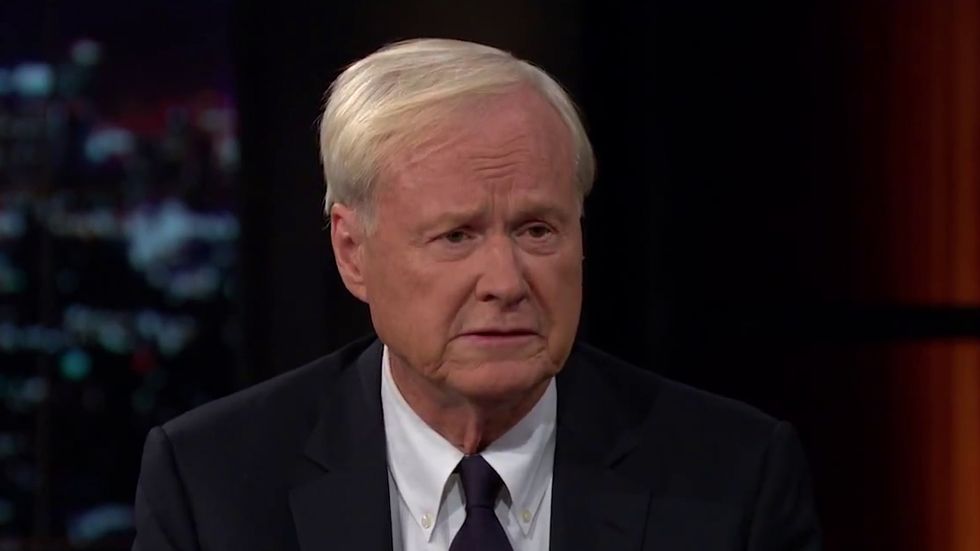 MSNBC host Chris Matthews is having his come-to-Jesus moment this week after NYMag's The Cut obtained footage of him telling a painfully unfunny "joke" prior to interviewing Hillary Clinton, involving a reference to rape drugs. Charming!

He asks, “Can I have some of the queen’s waters? Precious waters?” And then, as he waits for the water, he adds, “Where’s that Bill Cosby pill I brought with me?”

Can anyone even tell whether he meant that he wanted to take the "Bill Cosby pill" himself or give it to Clinton? Either way, it's not terribly funny. If it's the first, he's suggesting that it's so very annoying to have do the job of interviewing the first female candidate for president that doing so would only be tolerable with the help of quaaludes. If it's the second, he's talking about giving a woman a rape drug without her knowledge. Chris Matthews is bad at jokes.

I would really, really love for my reaction to this revelation to be some kind of shock. It is not.

I don't know about you, but I have never personally considered Chris Matthews to be any kind of standard-bearer for progressive thought or action. He was reportedly instrumental in getting Phil Donahue -- just about the only anti-war host at the time -- kicked off of MSNBC. He regularly swooned over George W. Bush's epic manliness during the Iraq war. As The Cut notes, the things he said, on-air, about Hillary Clinton before and during the 2008 election were absolutely appalling:

Matthews has a long history of talking disparagingly about Hillary Clinton, whom he once called “witchy,”and often seems to channel what a hypothetical sexist Republican might say about a woman candidate: “she-devil,” “Madame Defarge.” In 2005, he wondered whether the troops would “take the orders” from a (female) President Clinton. “Is she hemmed in by the fact that she’s a woman and can’t admit a mistake,” he asked in 2006, “or else the Republicans will say, ‘Oh, that’s a woman’s prerogative to change her mind,’ or ‘another fickle woman’? Is her gender a problem in her ability to change her mind?” He once pinched her cheek following an interview, and, though he later apologized, on another occasion suggested that she only got as far as she did on the political stage because her husband had “messed around.”

That list doesn't even include my all-time favorite, which was the time he said she had a "scolding manner in terms of her public speaking," and then added "She's going to tell us what to do."

Matthews also has a history of saying some pretty sexist things to his female guests who are not Hillary Clinton. He has a habit of going on and on about how attractive he thinks these women are, and then following that up with a comment about how naughty he is being because he's not supposed to say that.

The thing is, though -- Chris Matthews hasn't ever actually learned that he is "not supposed" to say these things. He has never faced any consequences for saying them. It is unlikely that his bosses at MSNBC ever said Hey, Chris Matthews -- if you don't stop doing that, you will be fired and replaced with someone who can manage not to do that. Maybe even a woman! Or Phil Donahue!

Now, I'm not saying that Chris Matthews had no idea that it was "wrong" to make a joke about Hillary Clinton and Bill Cosby rape drugs, but he certainly had no reason to think anyone would have all that much of a problem with it. That, in and of itself, is the real problem.

Wonkette is fully funded by beautiful and talented readers like you. Click here to leave us a tip!