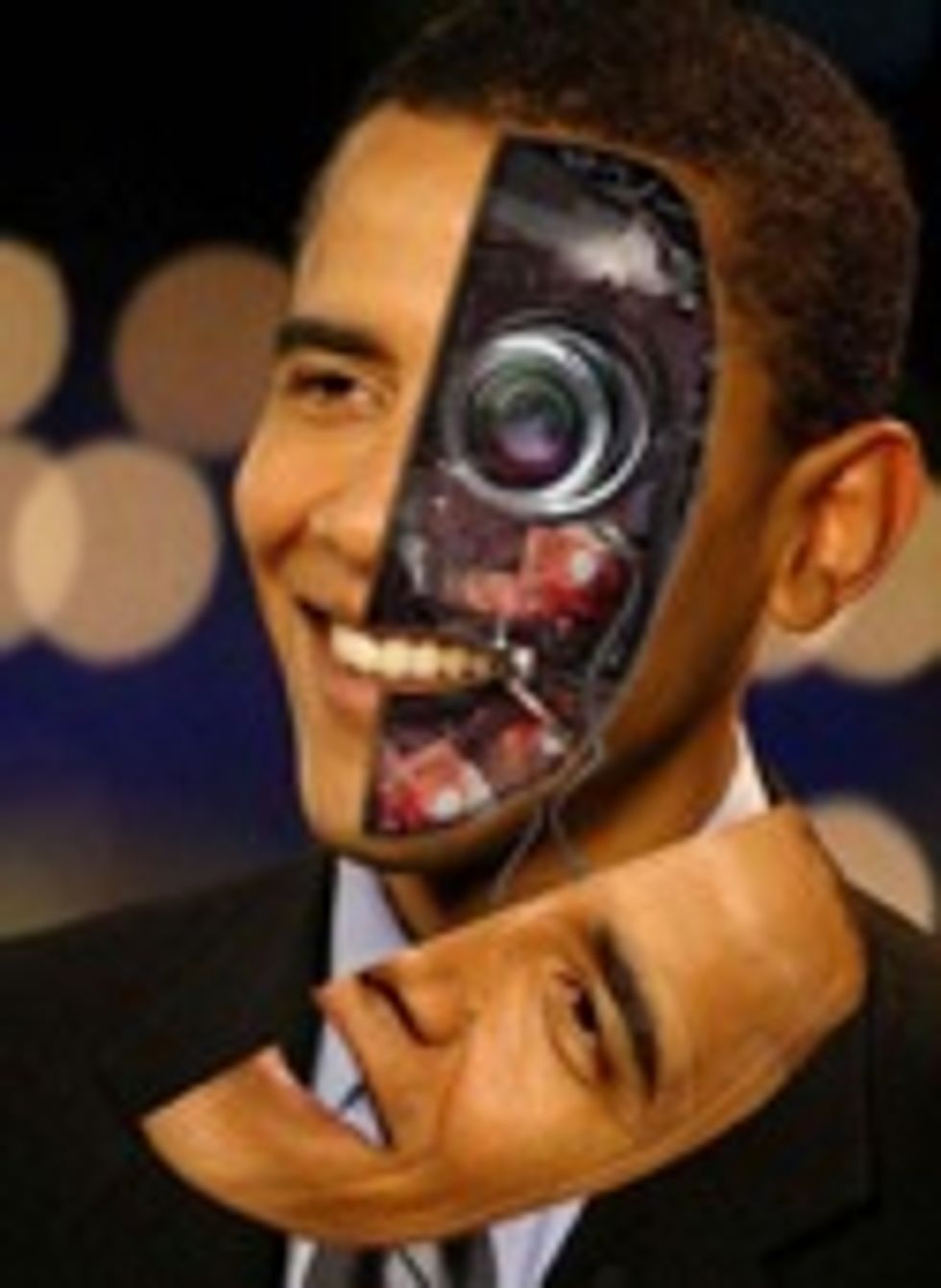 So much for that "it's justa glitch in the stock-marketcomputer robot" theory, right? Stocks collapsed worldwide as the Fear circled the Earth just as the Sun used to circle the Earth before we had Science -- and look what your precious science has done, what with the computers who think Proctor & Gamble is worth $39 a share, which is blasphemy! What is this, 2002? NO IT IS, UH, 2010!

Anyway, Greek President Barack Obama just wants you to know, even though unemployment went *up* to 9.9%, there are 290,000 new jobs! And 230,000 were "private sector" jobs, sorting poopy diapers at WalMart for fifteen cents an hour. So stocks are "recovering" a bit, in New York. [TPM/Marketwatch/Bloomberg]