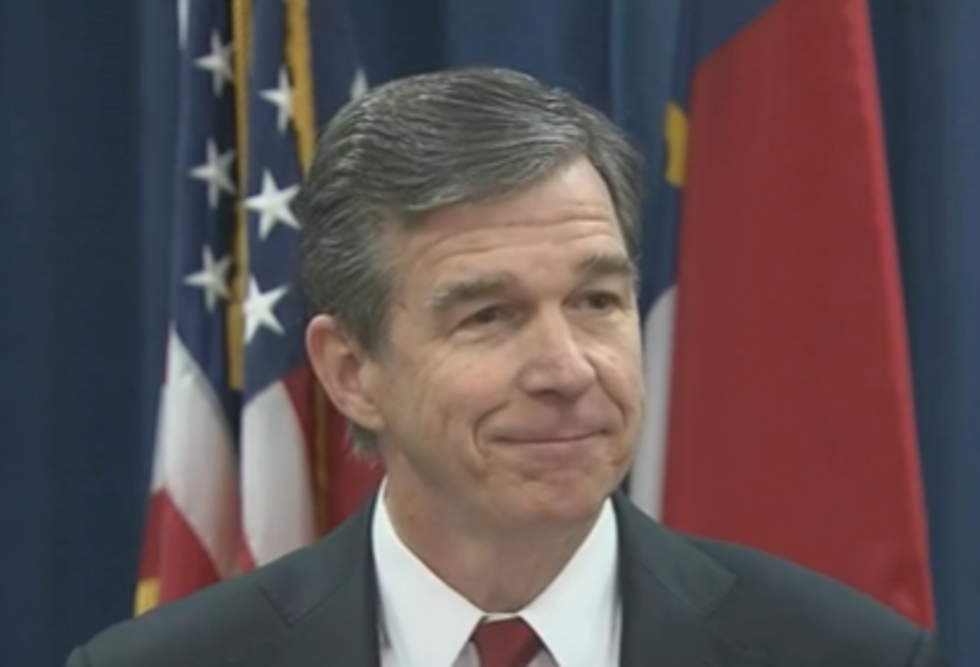 [wonkbar]<a href="http://wonkette.com/600124/north-carolina-governor-suffering-extreme-case-of-butthurt-please-send-butt-medicine"></a>[/wonkbar]Tuesday, we told you the story of gay-hatin' Republican North Carolina Gov. Pat McCrory, who is appalled and upset and giving life a total thumbs down right now, over how some gaygenders have the audacity to sue his state in federal court over its recently passed anti-LGBT hate law. So rude of them! We chose to tell McCrory's story via hilarious pictures of babies crying, because of course we did.

Now, we get to tell you a BETTER story, about a politician in North Carolina who is NOT a total dumpster-shart like Pat McCrory. It is North Carolina Attorney General Roy Cooper! He is a Democrat who is running to unseat McCrory in November, he loves the gays, and he will not be defending that piece of shit law in court, no siree, boy howdy!

We shall tell you the best parts of HIS statement with pictures too, but how about instead of crying babies, we do happy puppies? Yes! First, have some video so you can follow along: