Hey Massachusetts: Was Original Ted Kennedy Ever A Cosmo Centerfold? 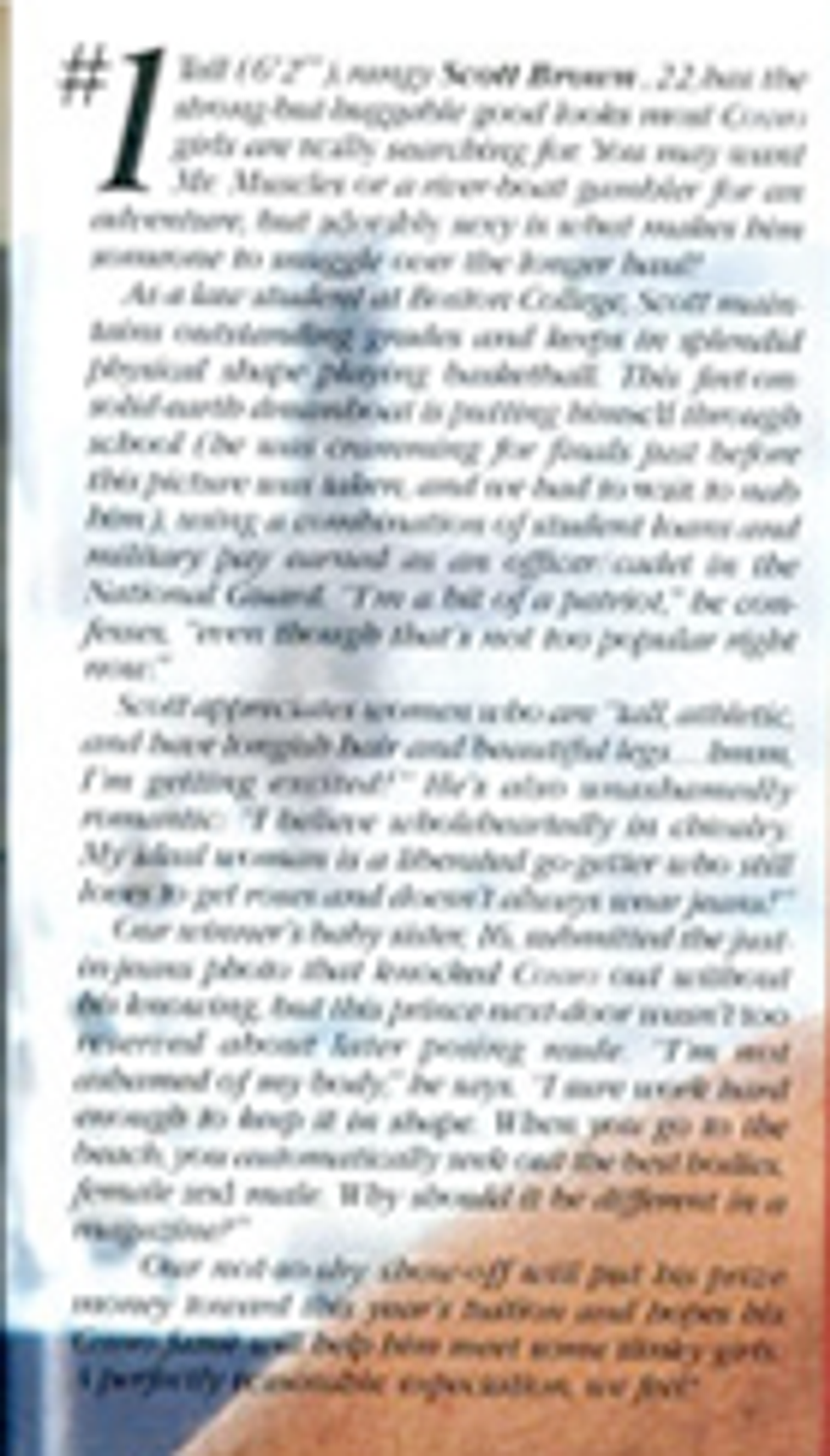 Um... Cosmopolitan has WON whatever time of day allotted for sex! Let's also throw in 1982, Cosmopolitan has also WON 1982, for this was the year when Scott Brown, the Republican running around in bad faith pretending he has a chance at winning Ted Kennedy's Senate seat, was awarded the magazine's prestigious "America's Sexiest Man" centerfold, which is like the "Ted Kennedy seat" of gay pornography. Ahh, he is naked, so so naked!

Your Wonkette Morning Editor has been trying to zoom in and study this important historical document from 1982 A.D., but the glyphs from this time period are almost prohibitively small. Here's what we are pretty sure is happening:

The 22-year old Brown is 6'2" and is nicknamed "Mr. Muscles." Went to Boston College, adorably sexy, likes tall girls with beautiful legs and also hair. [OMG I have hair!!!—Ed.] Also this special lady shouldn't always wear jeans, because seriously, jeans? What is this, 1982?