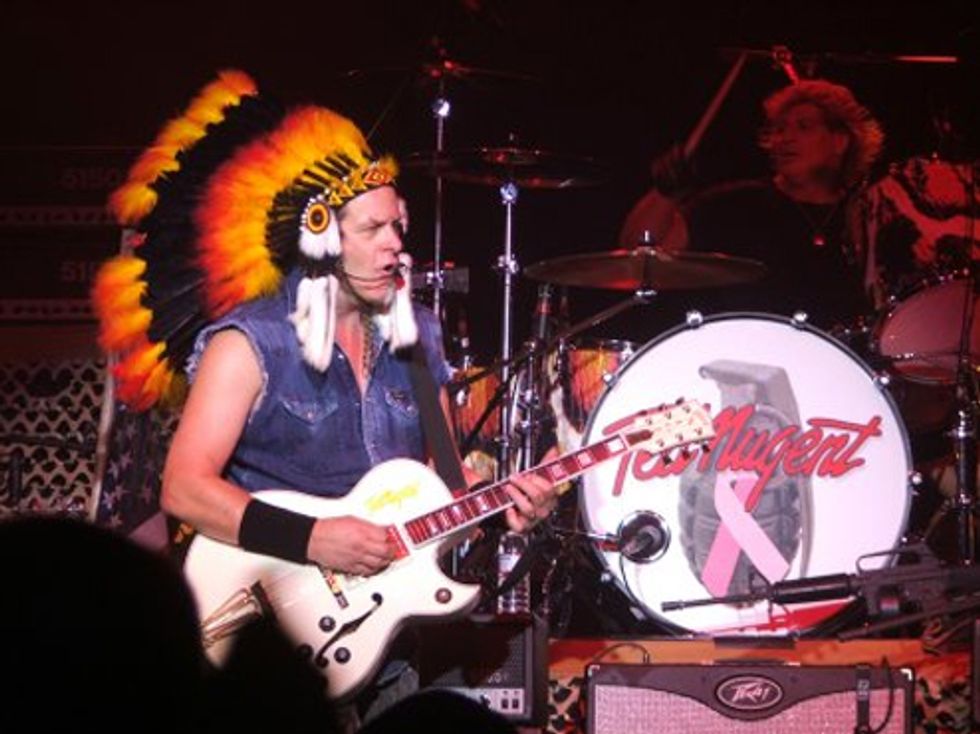 Hey, Dances With Nuge, what is up? Oh, you are more Indian than all theIndians who have canceled your concerts at their awesome casinos, and you would like to tell Glenn Beck about it, and Glenn Beck is the sane one in this exchange? Sounds fun, let's roll tape!

Nugent told Beck that in fact “my lifestyle as a white guy — though I’m hard to accept that designation — is more in the Indian tradition than many of the Indians themselves.”

Towards the end, they get into how Ol' Teddybear up there absolutely did not call anyone unclean vermin, except for the communists (like Chipotle!) who obviously don't count, and it is up to Glenn Beck to try to dance around the word "Hitler."

"You can see that calling someone unclean vermin might not be the best choice of words for anyone, especially since, you know, we've heard other people in other time periods refer to communists as 'unclean vermin,' and it didn't end well," said Beck.

HINT: HE IS TALKING ABOUT HITLER BECAUSE OF HOW THAT IS WHAT HITLER SAID, BUT ABOUT NOT JUST COMMUNISTS BUT JEWS ALSO TOO.

So Nuge, being a worldly kind of guy who knows the history of all things that are the history of bowhunting, does not get the reference at all, and is like YUP that is why THEY CAN'T SHUT ME UP. THE NUGE!!! Then he told Beck he would blow him to prove how straight he was, for freedom and heterosexxytime. The end.