Hey Washington DC, Grab All The Guns You Want And Go To Chipotle! 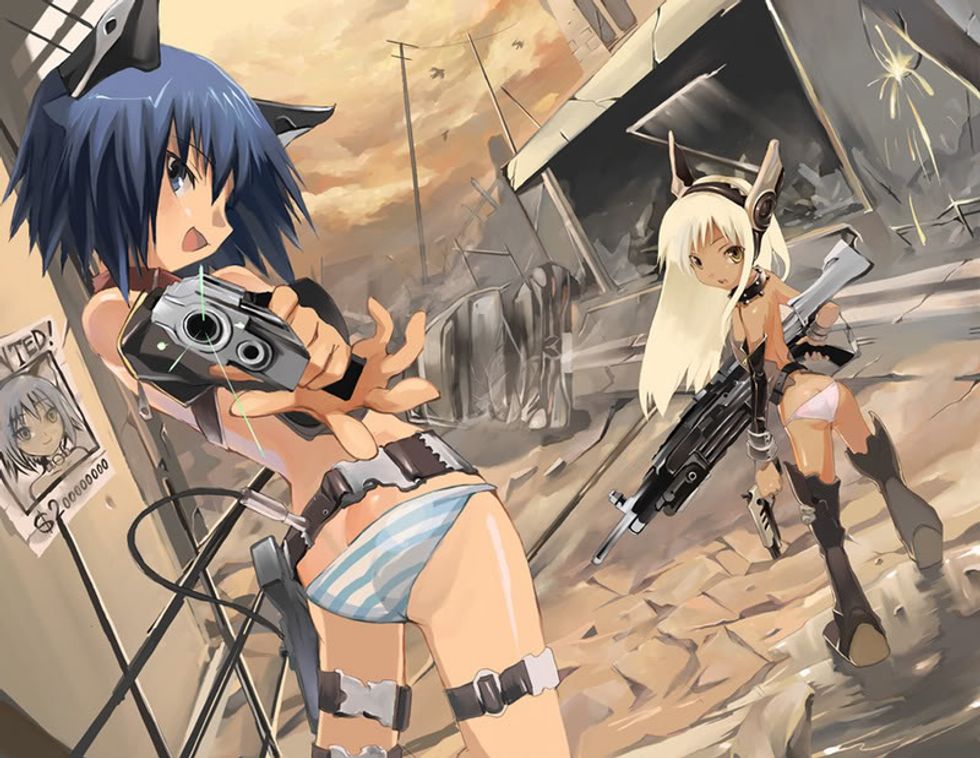 In a great ruling for anyone who wants to walk around Our Nation's Capitol while packing heat, a federal judge on Saturdaystruck down Washington DC's ban on carrying guns in public, because the Second Amendment wants you to have a gun with you at all times:

Senior District Court Judge Frederick J. Scullin Jr., a former Army colonel appointed to the court by President George H.W. Bush, ruled that the right to a weapon extended outside the home both for residents and visitors to Washington.

Going well beyond the Supreme Court decision in District of Columbia vs. Heller, Scullin found that carrying arms outside the home for self-defense fell within the legal definition of the right to bear arms enunciated in the 2nd Amendment.

Whoohoo! Even though the Supreme Court has not actually ruled that the Second Amendment actually does make packing heat legal outside the home, Scullin was pretty sure that's its only possible meaning; his ruling "relied heavily on U.S. appellate court rulings striking down public carry bans in San Diego County and Illinois."

D.C. rewrote its gun law following the Heller decision, giving police the ability to issue gun permits, but for self-defense inside the home only. The plaintiffs in the new case argued that this was unfair to visitors as well as to residents who might need Second Amendment Solutions outside the home.

Scullin was willing to allow maybe "some reasonable restrictions" on the right to carry handguns, such as not allowing them in schools, or restrictions based on age and mental illness. Scullin also did not stay enforcement of the decision pending an appeal, which led gun-fondlers to "assert that it was now legal to openly carry a handgun in Washington." The city, ever the party pooper, has announced it will seek a stay of the order. In the meantime, D.C.'s police chief has ordered that officers not arrest people for carrying handguns, as long as the shootin' irons are registered.

So hurry to Washington with your guns before that happens, Patriots! Has Adam Kokesh heard about this?