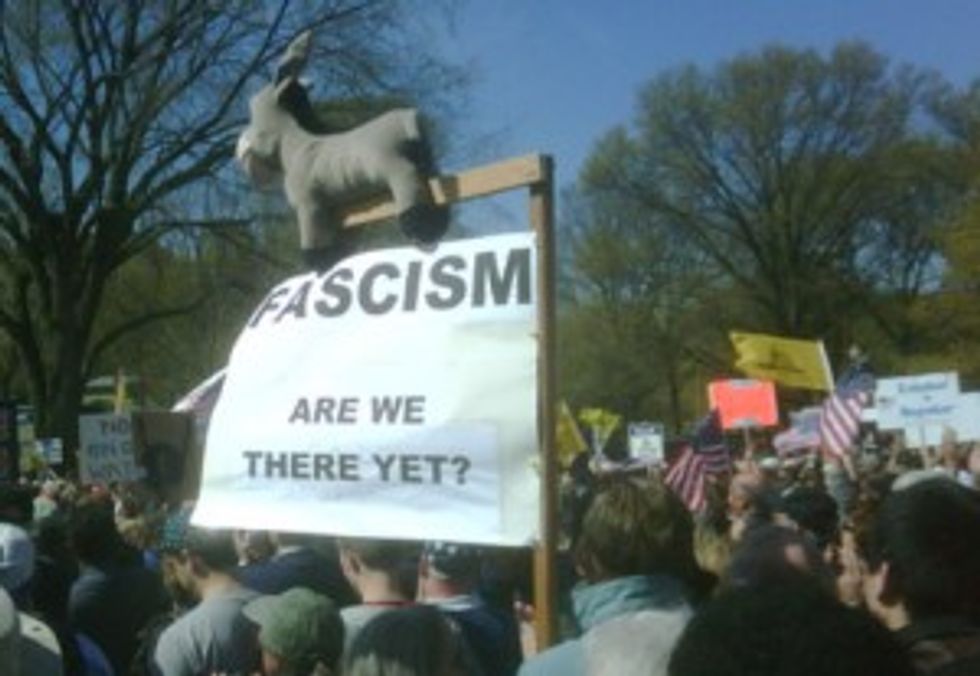 So folks on the right and in the blogospheres are all argle bargle ranty ranty because the IRS just publishedan apology for giving special attention to groups asking for tax-exempt status that had the words “tea party” and “patriot” in their names. Seems like there be a need for some splainin about what they hell tax-exempt groups are, and what all the argle bargle is about.

Tax laws exempt some organizations from paying taxes, like charities, religious organizations, educational groups (colleges), and others. Most of these are listed under the tax code 501c3 and 501c4.

501c3 organizations are your run-of-the-mill charities, like Habitat for Humanity. If you give them money, you can take a tax deduction (yay! Happy times!). They can spend VERY limited funds on political activities (like lobbying and buying hookers for politicians).

501c4 organizations are called “social welfare organizations.” They are tax exempt, and can spend some money on lobbying and trying to influence the political debate. But their primary purpose CANNOT be political campaigning. If you donate to this type of organization, you do not collect a tax deduction, do not pass go, whatever.

Neither c4 groups nor c3 groups have to disclose their funders/donors.

Now, noted fucktard and shitspewer Karl Rove (R-8th Level of Hell) set up Crossroads GPS as a 501c4 organization. However, when he set it up in 2010, he actually said that political spending would not constitute the organization’s primary purpose. In reality, he spent an asston of monies trying to influence the election. But if the truth doesn’t matter about sending kids off to war, why should it matter on when filling out silly legally binding forms?

Other people clearly followed his stench-inducing lead, and began setting up tax-exempt tea party groups in other parts of the country, to raise the monies and try to get batshit crazies elected to Congress to ruin everything, always. This is where it is good to have the IRS hit the pause button and look a little more closely. Surely these people wouldn’t set up shady c4 organizations just to funnel undisclosed money to help political parties –- that would be pure abuse of the tax law, Mr Constitution loving tea party dude!

And apparently some low-level staffers at a regional IRS office were all, wait a minute, these maybe could be not quite what they seem to be, so let’s have us a closer look. We should say YAY to government employees not just rubber stamping shit that comes across their desk! Scrutiny is a good thing. So they started asking more questions of groups that seemed to have an overly political agenda. They came up with a list of things to look out for in applications, and the list had the terms “tea party” and “patriot” in their names.

We here at Wonkette believe in the rights of all numbnuts, fucktards, shitspewers, dick-drinkers, hippies, Idahoans, liberals, and others to set up tax-exempt organizations. Just because the entire purpose may be to rain down fiscal austerity that will ruin any hope we have at peace and prosperity doesn’t mean laws don’t apply equally. But we also believe that if you want to not pay taxes (and make the gubmint go further in debt!) and keep donors secret, then you have to FOLLOW THE GODDAMN RULES. If you want to be a political organization, then fucking be a political organization. No hiding behind obscure tax law, and then making me spend a beautiful day wonksplaining it because you are trying to break the rules!

So we say: IRS employees should be diligent, but making a list with the words “tea party” and “patriot” was probably over the line. But don’t let this stop you from going after people that break the law – fuck those bastards!

And finally, to the blogosphere – this was a couple of bureaucrats in Cincinnati. Of 3,400 applications, 300 were singled out for additional review, and only a quarter of those were because they had “tea party” or “patriot” in their name. It never made it up to the top of the IRS, to the guy appointed by GEORGE W BUSH (suck it, people trying to blame No-bummer). This is not some great conspiracy. So how about a little less faux-rage argle bargle on a Friday – I am trying to day drink here, k? I’m going back to my Irish coffee, you go drink a Big Gulp size worth of dicks.

DDM doesn’t like his Friday day-drinking interrupted by obscure tax posts. You have angered him, blogosphere, and he shall seek appropriate vengeance whenever he sobers up, if he remembers, which he probably won’t.