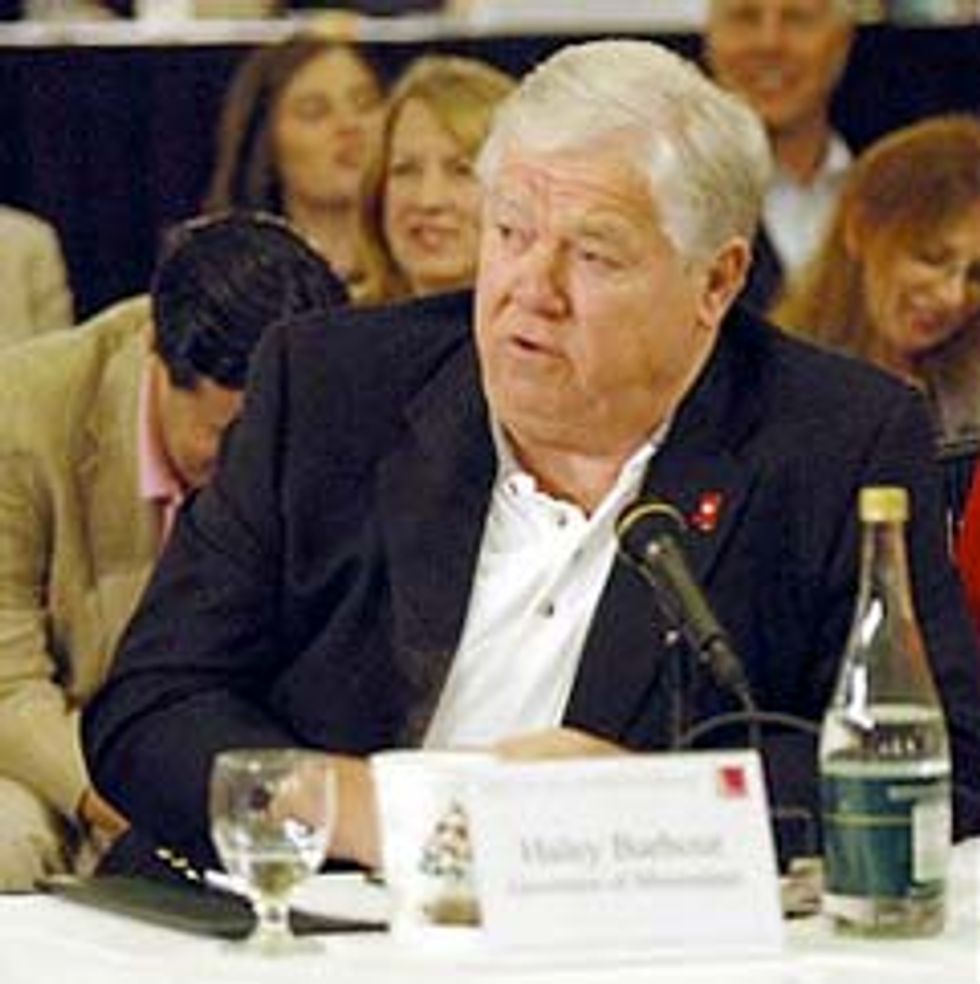 Here's something Sarah Palin will besuper angry about until somebody (Willow?) tells her Haley Barbour is a Republican: Mississippi white pig Haley Barbour's press secretary sends out a heehawlarious email news roundup "to Barbour's staff and other allies" with fun jokes about Janet Reno looking like a man and all those Japs getting killed by the earthquake/nuclear apocalypse. Palin might even type a "Half u no shamez, Halle Barber?" on her Twitter or whatever! But Haley Barbour's press secretary wants you to know that Haley probably doesn't even read these things, because he is a six-hundred-pound klan-whale who can't figure out the 'puter, so he gets "printouts" of the email, and the jokes are probably not visible on the printouts because of ... white southerners are dumb? Yes, let's go with that, which is all we can figure from this Politico item.

Ben Smith pastes a chunk of these dumb, offensive emails into the Politico content management system:

Otis Redding posthumously received a gold record for his single, "(Sittin' on) The Dock of the Bay". (Not a big hit in Japan right now.)

In 1993: Janet Reno was unanimously confirmed by the U.S. Senate to become the first female attorney general. (It took longer to confirm her gender than to confirm her law license.)

Ha ha, Otis Redding. Sounds like a colored name! ("But if he's black, why did his mama name him 'Redding,' haw haw.") Anyway, there's your news item about Haley Barbour's email list which is written by Haley Barbour's press secretary and not Haley Barbour himself, because come on, Haley Barbour would have as much chance of success trying to type as a walrus would, using flippers, because Haley Barbour is so fat and racist. Anyway, nobody apologized or anything, because it's your fault for always trying to cause trouble. God, it's just an email making fun of the Japs getting killed in earthquakes. Did everybody forget Pearl Harbor already? [Politico]